The assassination of Hezbollah’s operative Samir Kantar in Syria last week has sparked a heated debate about the circumstances surrounding his presence in Syria.

However, what is more important than the questions about what roles were assigned to Kantar, is the bigger geostrategic picture that is a key motive for the assassination.

Kantar had enjoyed a revered status despite never having been a major operational figure within Hezbollah ranks or the Palestinian resistance in Lebanon prior to that.

He was only 16 when he was captured by Israel in 1979, before Hezbollah even existed.

His status was squarely the result of him being the longest serving Lebanese detainee in an Israeli prison, before his release through a prisoners’ swap deal between Hezbollah and Israel.

READ MORE: Israel on edge as Hezbollah, Iran move to the Golan Heights

The length of his imprisonment provided Hezbollah with an opportunity to paint him as a hero. The group capitalised on this symbolic status following the success of the swap deal in 2008.

Overnight, Kantar came to personify Hezbollah’s message of resistance and resilience. It is this image that the group invoked when Kantar was sent to Syria following Hezbollah’s military involvement in the country’s civil war.

Hezbollah created what it viewed as a legitimate framework for its presence in Syria by painting this intervention as part of its anti-Israeli resistance operation.

Kantar was subsequently given the title of leader of the “Syrian resistance for the liberation of the Golan brigades“.

According to this framework, Kantar’s presence in Syria was part of Hezbollah’s efforts “to liberate” the Golan Heights from Israeli occupation.

A closer inspection, however, would clearly show that Hezbollah’s actions in the Golan Heights have mainly targeted the Syrian opposition groups, not Israel.

Another argument suggested that Kantar, being Druze by birth, was playing a leading role in Hezbollah’s attempts to reach out to the Druze community in the Golan Heights in order to gain a strategic foothold from which to attack Israel, but this argument does not hold much water.

Kantar was not necessarily the key figure in Hezbollah’s outreach attempt.

WATCH: A roadmap to peace in Syria

Courting the Druze community involves more than offering a symbolic religious token by a movement well known for its Iranian-inspired ideology.

A third scenario behind the assassination of Kantar, as reported by local Lebanese media, does not absolve the Syrian regime from responsibility.

Kantar, according to the Lebanese daily Annahar newspaper, might have been masterminding a large-scale operation against Israel that would have brought it into direct confrontation with the Syrian regime.

If Assad was counting on Israel’s indirect support to stay in power, then sacrificing a Hezbollah operative can be part of this equation.

According to this scenario, Assad  has no qualms about  sacrificing Hezbollah on the altar of regime survival if the Lebanese group’s actions were deemed threatening to regime interests at any point.

This scenario is lent credence by the fact that Kantar was targeted in a residential building in a suburb of Damascus – and not during battles.

For many analysts, this could only be the result of leaked intelligence.

Enters Russia, the key player behind the scene.

It has been an established fact that not only are Israel and Russia sharing intelligence, they are also coordinating their air activities over Syria.

This means that no Israeli attack on Syria can happen without prior Russian knowledge.

Back in October, Alexey Drobinin, minister-counsellor at the Russian embassy in Tel Aviv, told Israel Radio in an interview in Hebrew: “Russia will not take any action that will endanger Israel’s national security.”

Russia has been enjoying increased influence in Syria following its escalated intervention that started two months ago, with air strikes mainly against the Syrian opposition.

As a result, Iran, one of the key regional players on the Syrian scene, grew increasingly nervous about its own interests in Syria.

With Russia looking out for its own interests, and with Hezbollah ultimately operating in a foreign country where it does not wield the same level of local support or the same mastery over geography as in Lebanon, the group has become exposed more than ever.

Hezbollah’s significant military losses in Syria have also pushed it to summon more officers and members to fight there, with Kantar among them.

Israel is taking advantage of Hezbollah’s weakness and has hit directly whenever it could reach symbolic targets that would hurt the group’s morale.

This goes to show that Hezbollah’s intervention in the Syrian crisis – and by extension Iran’s – have rendered the group vulnerable and exposed both politically and militarily.

Instead of analysing Kantar’s assassination from a strictly operational angle, it is therefore more useful to examine it as an outcome of grand geostrategic battles over Syria. 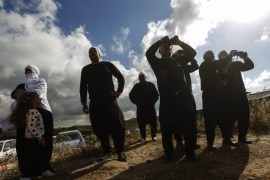 Despite the assassination of a prominent Druze leader last week, many still refuse to join Syria’s opposition. 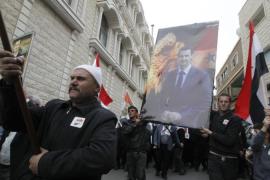 Battles between the Syrian government and opposition near the Israeli border worry the Druze minority.