The Arab League has called on Turkey to immediately withdraw its soldiers from northern Iraq, where the Turkish government says they are training local Kurdish and Sunni Arab forces to take on the Islamic State of Iraq and the Levant (ISIL) group.

Friday’s extraordinary meeting of Arab foreign ministers in Cairo, Egypt, was called by Iraq, the latest step it has taken in an escalating dispute between the neighbours.

The diplomatic row broke out when Turkey sent hundreds of troops including tanks to Basheeqa – a staging for the Kurdish counteroffensive against ISIL – near Mosul in Nineveh province.

Iraq says it did not invite the troops and that their presence on its soil is a violation of its sovereignty, a charge Turkey disputes.

It says the soldiers were sent following a request by Haider al-Abadi, Iraq’s prime minister.

Before the meeting, Iraq filed a complaint at the UN over what it calls an “incursion”, asking the UN Security Council to order Turkey to remove its soldiers.

The Arab League’s statement presents a rare coming together of states amid divisions over the wars in Yemen and Syria.

Iraq and the Arab Gulf states are on opposite sides of the war, with the Shia-led government in Baghad backing Syrian President Bashar al-Assad and Saudi Arabia backing the opposition.

Marwan Kabalan, researcher at the Doha Institute for Graduate Studies, told Al Jazeera the Arab League move was evidence of wider Arab concerns over Turkey’s role in the Middle East.

“They believe Turkey has been supporting Islamist groups to increase its regional power. But there is also no love lost between Iraq and the Arab Gulf states; they still have concerns that Iraq is moving into the Iranian orbit,” Kabalan said.

Since ISIL’s summer offensive last year, that saw it capture large parts of Iraq, foreign troops from around the world have arrived to offer Iraqi government and Kurdish forces training and strategic support. 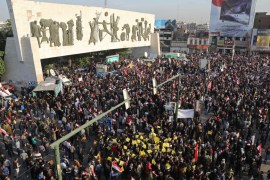 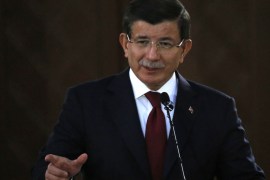 Comment comes after Ankara told Baghdad it would not send more troops, but stopped short of agreeing to remove forces.