A weather pattern enhanced by El Nino has turned winter upside down in the United States.

Spring-like warmth is surprising the northeast, a risk of tornadoes recurs in the south and there is so much snow in the west that even the ski slopes have been overwhelmed.

The mild conditions on the East Coast have helped golf courses in the northeastern New England states do brisk business, possibly at the expense of the snow-starved ski resorts that have closed.

Many Americans are complaining that it just doesn’t feel like the holidays without a chill in the air. They will be no happier at the prospect of the temperatures forecast for Christmas Eve on Thursday.

New York City and Boston are set to reach 21C, while the nation’s capital, Washington DC, is expected to climb even higher to 23C.

Bob Oravec, lead forecaster with the US National Weather Service, said, “It’s been a great snow season so far from the Rockies to the higher elevations in the Cascades and the northern Sierras, and it’s been the total opposite on the East Coast”.

In Washington state, authorities have closed the main east-west route, Interstate 90, over the Cascade Mountains, repeatedly this week due to heavy snow and the risk of avalanche.

On Sunday, a severe storm closed Oregon’s Mount Ashland ski area when it knocked out power.

An avalanche near the Montana-Wyoming state line on Sunday buried three snowmobilers. Another avalanche partially buried a ski patrol employee at the Snowbasin resort north of Salt Lake City, and two snowboarders were caught in a backcountry slide southwest of Breckenridge Ski Area on Saturday.

California is in its driest four-year span on record. The current strong El Nino set up might drench the state, and increase the mountain snow-pack, but one stormy winter won’t be enough on its own.

Meanwhile, Arkansas, northern Alabama, northern Mississippi and western Tennessee have all been on tornado watch this week. Tornadoes are not unheard of in the region in late December, but the extreme weather, driven by warm Gulf air being lifted by a Pacific cold front was, and is, unusual. 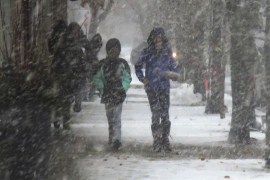 A major snowstorm blankets states from South Dakota to Wisconsin, forcing cancellation of over 500 flights. 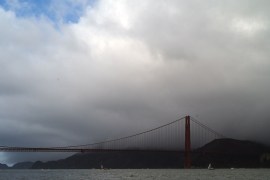 Another blast of winter hits the western US

Severe storms sweep in from the Pacific, bringing heavy snow and damaging winds. 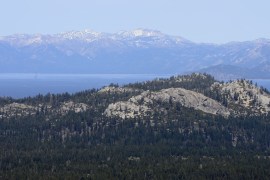