Panama’s Supreme Court has ordered the arrest of former President Ricardo Martinelli who is alleged to have used public money to spy on more than 150 people illegally.

He is accused of listening to calls, reading messages and having activists, politicians, union members, lawyers, doctors and other civil groups followed during his 2009 to 2014 administration.

The provisional detention order “is fully justified because of the evident inattention to the process on the part of the investigated” party, said a resolution read by judge Luis Mario Carrasco.

Martinelli, who fled from Panama in January and is believed to be living in Miami, has been stripped of his immunity from prosecution in the case, as well as in another investigation into accusations that his aides inflated contracts to buy food for a government social programme.

He also faces half a dozen different investigations including into alleged misuse of public funds, financial crimes, taking bribes and giving illegal pardons.

Martinelli has denied the charges and responded to the news on Twitter, calling it the first round of a political trial.

Two of his former security chiefs have also been arrested as part of the case and are awaiting trial.

In a letter posted on Twitter earlier this month, Martinelli said the accusations against him are part of a revenge campaign spearheaded by current President Juan Carlos Varela.

Varela, of the centre-right Panamenista Party, helped Martinelli win the presidency in 2009 before the two fell out acrimoniously.

Rogelio Cruz, a defence lawyer, said in October that Martinelli was innocent of all charges, describing a provisional indictment as “crazy” and calling the process against him “Kafkaesque”.

Neither the court nor prosecutors gave details on how Martinelli’s detention would be sought, given that he has not been seen in Panama for months. 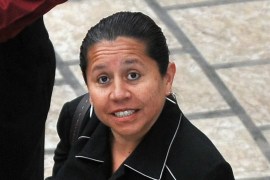 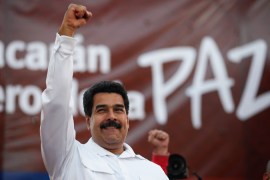 Relations were broke off after President Maduro accused Panama of joining the US in an “open conspiracy” against him.