Police in Pakistan’s port city of Karachi are hunting down a network of women from wealthy families who are allegedly acting as fundraisers for the Islamic State of Iraq and the Levant (ISIL) and arranging marriages for its followers.

Security officials on Monday said that the search was launched after police arrested a suspect who is believed to have financed a gun attack on a bus carrying Pakistani Shias that killed 44 people in May.

The assault, which targeted members of the Shia Ismaili minority, was the first attack claimed by ISIL inside Pakistan.

“A group of 20 women, all from well-off families, distributed USBs containing ISIL videos, and also preached in support of terror organisations … They also arranged marriages among the group’s followers,” he said.

The women include the wife and mother-in-law of Saad Aziz, the main suspect in the May killings.

Aziz, a graduate of one of the country’s top business schools, was blamed by police for both the massacre and the shooting of peace activist Sabeen Mahmud in April. He was arrested in May.

Pakistan has been at war with the various Taliban factions in its northern territories for more than a decade, but the attack claimed by ISIL supporters is a recent phenomenon.

In neighbouring Afghanistan, an ISIL affiliate has been established by Taliban defectors and is involved in fighting the government there, as well as the Afghan Taliban.

ISIL’s main areas of operation are in Syria and Iraq, where it controls large portions of both countries, and in Libya where its fighters have established a foothold in the city of Sirte.

The group is also active in Yemen and the Nigerian armed group Boko Haram has pledged allegiance to its self-proclaimed “caliph”, Abu Bakr al-Baghdadi. 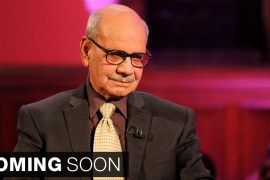