Hezbollah blamed Israel on Monday for the killing of its high-profile commander Samir Kantar in Syria, vowing to avenge his death.

“Tonight I say to the enemy and to the friend, the martyr Samir Kantar is one of us, a leader in our resistance, and with all certainty he was killed by the Israelis,” said Hassan Nasrallah, leader of the Lebanese Shia movement, in a televised speech.

Speaking in a sombre tone, Nasrallah continued: “It is our right to respond to his assassination at the time and place and fashion we deem appropriate.”

Kantar, who spent some 30 years in an Israeli prison and was released in 2008 as part of a prisoner swap with Hezbollah, was killed on Saturday night after suspected Israeli air strikes targeted the building he was staying in on the outskirts of the Syrian capital Damascus.

He was reportedly working on the development of a Syrian resistance movement that would focus on the liberation of the Golan Heights from Israeli occupation in southern Syria.

Quoting a speech he gave in January after an Israeli air strike in the Syrian province of Quneitra that killed several Hezbollah fighters, Nasrallah repeated the same message: “When Israel attacks anywhere in whatever way and at any time, it is the resistance’s right to respond wherever it may be, in whatever fashion, in any place. That is it.”

Ali Hashem, a political commentator who closely follows Hezbollah’s movements, said the calmness of the speech differed from the usual fiery approach Nasrallah tends to adopt.

“I think Hezbollah was keen to convey a message to the Israelis that this [Kantar’s killing] won’t go without a response,” Hashem told Al Jazeera.

“Nasrallah also stressed the fact that it would be at a time and place of their choosing, which means the whole border area – from Naqoura on Lebanon’s coast to the Golan Heights in Syria – is an open area for a future response.”

Israeli has neither confirmed nor denied it was responsible for Kantar’s killing.

Earlier on Monday, thousands of mourners attended the funeral of Kantar in Beirut’s southern suburbs.

“Israel tried to kill him six times in Lebanon and in Syria,” he wrote in an article published in the Lebanese daily newspaper Al Akhbar.

Others in Lebanon also praised Kantar.

“Everyone working in this path of resistance knows they will be martyred and it is an honour for us to have such leaders,” Mohammad Hassan, a 29-year-old resident from Chiyah in Beirut, told Al Jazeera. 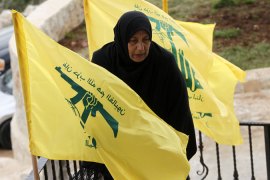 A return to Israel-Hezbollah hostilities?

The Lebanese armed group vows revenge after fighters are killed in an air strike in Syria. 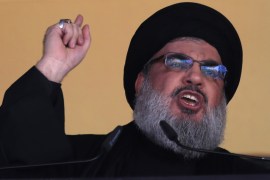 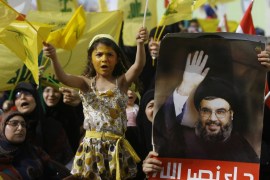