Madrid, Spain – Polling stations have opened across Spain in what is expected to be one of the most closely fought contests in its modern history, as two dynamic new parties take on the country’s long-established giants.

Voting began at 9am (08:00 GMT) on Sunday and will continue until 8pm (19:00 GMT), with partial official results expected some two hours later.

Spain’s political landscape changed dramatically in 2011, when voters threw out the Socialist Workers’ Party and gave a landslide victory to the right-of-centre People’s Party (PP).

But neither party is expected to win a majority. Newcomers Podemos and Ciudadanos are hoping to make major gains.

The rise of the two influential new parties to challenge the two long-standing traditional parties has injected tension and suspense into the ballot when voters will give their verdict on who they believe will do the best job of ending high unemployment and a string of corruption scandals in the European Union’s fifth-largest economy.

Polls predict that Prime Minister Mariano Rajoy’s ruling, conservative PP, will win the largest share of the vote but will still need to woo another political grouping to wield any kind of power.

But whether it will manage to do so – and with whom – remains a mystery as the main opposition Socialists are expected to come neck-and-neck with two upstart parties campaigning for change.

Sky-high unemployment, rising inequalities, corruption scandals and an independence movement in Catalonia are just some of the issues broached during the election campaign. 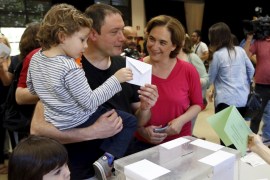 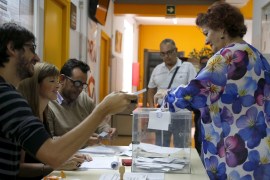 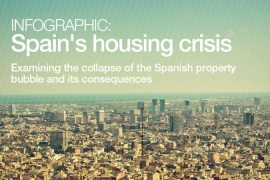 Examining the collapse of the Spanish property bubble and its impact on the economy and the people.