The youngest convict in the 2012 Delhi gang rape case has been released after completion of three years of imprisonment.

Hundreds of demonstrators took to the streets of India’s capital on Sunday to protest the impending release of a juvenile convicted in the fatal gang rape that deeply shook the country.

On Friday, the Delhi High Court rejected a plea to extend his term when the Delhi Commission for Women (DCW) filed a petition against the release of the man. However, the Supreme Court agreed to hear the petition on Monday.

The attacker was the youngest of a group of men who brutally assaulted the 23-year-old trainee physiotherapist and her male friend on a bus in the capital Delhi in 2012.

Four adults involved in the attack were sentenced to death while a fifth hanged himself in prison. The death sentences have not yet been carried out.

The attack triggered protests in India over the country’s high levels of violence against women.

A lawyer representing DCW, Rajesh Inamdar, said they wanted the court to set up a committee to examine whether the convict was a threat to society or not.

Swati Maliwal, the head of DCW, submitted the petition to the Supreme Court on Saturday, seeking a stay just hours before the convict was to walk free after serving the maximum three-year sentence for juvenile offenders.

‘He should not be released’

“I am unable to understand the need of the hearing when he is released. Our fight is that he should not be released at all,” the victim’s mother said.

The convicted man’s lawyer, Ajay Prakash Singh, said there was bias against his client because he was poor.

“The issue is being fanned disproportionately. If he had been the son of a rich person he would have walked free much before three years,” Singh said.

“There would not have been any demonstration or court hearing in the night.”

Indian authorities responded to the the rape by fast-tracking tougher laws against sex crimes. Members of Prime Minister Narendra Modi’s government have also pushed to change the law and reduce the age of adulthood to 16 from 18.

The student, who died of her injuries in a hospital in Singapore two weeks after the assault, was named by her family as Jyoti Singh in an effort to end the stigma facing sex attack victims in India.

The country has repeatedly made global headlines for sex attacks against children and foreign women. 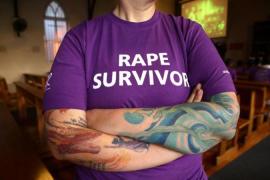 Women continue to be told what they should do or not do to avoid being raped. 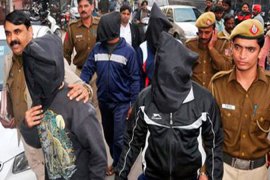 Indian rights activists are concerned about proposed changes in juvenile law that will allow harsher punishment.