Kathmandu, Nepal – Crippling shortages of daily commodities and life-saving medicines have left millions of children at risk of death and disease as the harsh winter looms in the Himalayan country, according to UNICEF, the UN agency for children.

Nepal’s government says an economic blockade by India has led to severe shortages in the landlocked country, forcing it to ration petroleum products and cooking gas.

India has lent support to the Madhesis of Nepal’s southern plains, who are upset over the provisions of the new constitution promulgated three months ago.

India, which denies it has imposed a blockade, says the cargo trucks are stranded on the border owing to unrest in the region.

UNICEF, in a statement on Monday, sounded the alarm on the impending emergency, but Nepali authorities seem woefully unprepared to tackle the crisis.

“It’s a serious problem, our children are at risk. The blockade has created uneasy circumstances and everyone has been impacted by it,” Narayan Prasad Kafle, a spokesperson for the women, children and social welfare ministry, told Al Jazeera.

“We don’t have any specific programmes to deal with this. We also don’t have budget to do so. We have urged the NGOs [nongovernmental organisations] to support them.”

The UNICEF statement paints a grim picture of the unfolding crisis, stating that children recovering from the two earthquakes that struck Nepal earlier this year could be the worst hit.

“More than 200,000 families affected by the tremors are still living in temporary shelters, at an altitude above 1,500 metres where weather conditions will be harshest this winter,” UNICEF said in its statement.

“The risks of hypothermia and malnutrition, and the shortfall in life-saving medicines and vaccines, could be a potentially deadly combination for children this winter,” Anthony Lake, UNICEF’s executive director, was quoted as saying.

“During my recent visit to Nepal, I witnessed first-hand the precarious living conditions of many of the earthquake survivors. They could now be facing a new disaster – without adequate food, protection from the cold, or healthcare,” he said.

Nepal’s child-rights activists, for their part, have criticised the government for its inaction.

“The conditions [at the temporary shelters] are dismal. They neither have home nor food to eat. The winter season takes its toll on children who are likely to suffer from cough and cold,” Surendra Dhakal, a child rights activist, told Al Jazeera.

“Our government is not doing anything, which is very unfortunate. The officials acknowledge that there’s a crisis, but they don’t do anything to resolve it.”

“In fact, I feel that the government exists just because there has to be one. It’s for our politicians, not for the people. If that was not the case, it would have solved this crisis long ago.” 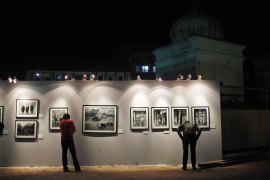 How photography is bringing hope to Nepal 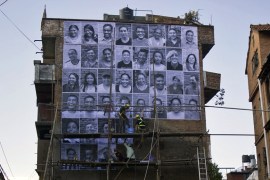