British Prime Minister David Cameron says a government review into the Muslim Brotherhood has found that membership of or links to the political group should be considered “a possible indicator of extremism”.

The long-delayed review into the organisation, tabled in the British parliament on Thursday, was first commissioned in April 2014 with a remit to examine whether the group put British national security at risk.

“Parts of the Muslim Brotherhood have a highly ambiguous relationship with violent extremism. Both as an ideology and as a network it has been a rite of passage for some individuals and groups who have gone on to engage in violence and terrorism,” Cameron said in a statement, describing the group as “deliberately opaque, and habitually secretive”.

“The main findings of the review support the conclusion that membership of, association with, or influence by the Muslim Brotherhood should be considered as a possible indicator of extremism.”

Cameron said the UK will continue to refuse visas to Brotherhood members who are on the record as having made “extremist comments” and seek to ensure charities are not misused to finance the Brotherhood.

“We will also intensify scrutiny of the views and activities that Muslim Brotherhood members, associates and affiliates – whether based in the UK or elsewhere – promote overseas,” his statement said.

Sisi classifies the Brotherhood as a “terrorist group”, but on a visit to Britain in November he said it could again play a role in public life if Egyptians wanted it to return.

The Brotherhood says it is committed to peaceful activism designed to reverse what it calls a military coup in Egypt in 2013. 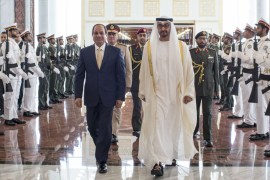 Activists allege UAE is leading a campaign against the Muslim Brotherhood – and using financial power to get its way. 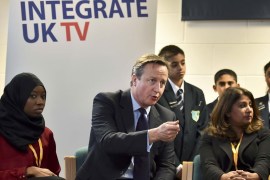 No matter how many times the government gets this wrong, it still stubbornly believes that it knows best.