A mistrial has been declared in the case of a Baltimore police officer charged in the death of Freddie Gray, a black man whose killing while in custody sparked riots in April, and the city’s mayor urged calm.

The judge dismissed the jury on Wednesday in the involuntary manslaughter trial of officer William Porter – the first of six officers to be tried in Gray’s death – after 16 hours of deliberations during which the jurors were unable to reach a verdict on any of the charges against the policeman.

Baltimore City Circuit Court Judge Barry Williams said an administrative judge would schedule a new trial, but said there would be no court proceedings in the case on Thursday.

Police encountered Gray on April 12 near the Gilmor Homes housing project in West Baltimore. He reportedly made eye contact with police and then fled, sparking a brief chase. After he was apprehended, police noticed that he was in possession of an illegal pocketknife.

He was arrested and loaded into the back of a police van, with his wrists and ankles shackled, but he was not strapped in with a safety belt. The van reportedly stopped six times during a rough 45-minute ride that caused him to be slammed about. Prosecutors say that during the van’s fourth stop, he suffered the critical injury that eventually killed him.

He died a week later.

Gray’s death triggered rioting in the majority-black city of 620,000 people, and intensified a US debate on police treatment of minorities.

On Wednesday, scores of protesters marched through downtown Baltimore following the ruling, chanting: “We have nothing to lose but our chains” and “The whole damn system is guilty as hell.”

Uniformed police officers took up positions throughout the city, including by the courthouse and police headquarters, and at least two demonstrators were arrested.

Another group of protesters gathered in Gray’s neighbourhood, near where a chemist was burned during the rioting, and expressed disappointment at the outcome.

“I think everyone in Baltimore wanted a conviction,” said Westley West, the pastor of the Faith Empowered Ministries Church, who is black. “I feel it sends a bad message and gives the police hope that they will get away with brutality.”

Gray’s family and officials, including Baltimore Mayor Stephanie Rawlings-Blake, called for calm, eager to avoid a replay of the unrest that followed Gray’s death.

“We are confident there will be another trial with a different jury,” said Gray’s stepfather, Richard Shipley. “We are calm; you should be calm too.”

Porter, 26, was charged in Gray’s death from a broken neck suffered while the 25-year-old man was transported in the back of a police van.

The jury of five men and seven women had said on Tuesday that it was deadlocked, but Williams had told them to keep trying to reach a verdict.

Porter, who like Gray is black, was charged for having put Gray in the back of the van without seat-belting him and with being too slow to pass on his request for medical assistance.

The officer’s attorneys had argued that Porter may have been unaware of department policy mandating that detainees be seat-belted, which was put into place shortly before Gray’s arrest.

Baltimore officials had come under heavy criticism for a restrained initial response to the rioting, which some observers contended allowed arson and looting to spiral out of control.

The death and its aftermath followed the police killings of black men in cities including Ferguson, Missouri, and New York, which also sparked protests, helping to spark the growth of the Black Lives Matter movement.

Porter was also charged with second-degree assault, reckless endangerment and misconduct in office. The charges against the other officers range from second-degree murder for the van’s driver, to misconduct. 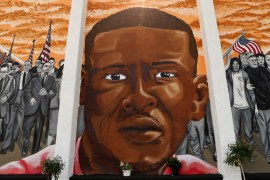 Baltimore judge will not dismiss charges in Gray case

US judge refuses to dismiss charges against six officers over death of Freddie Gray who died in police custody in April. 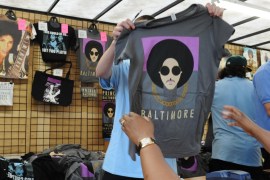