The International Organisation for Migration says at least 45,255 refugees and migrants have arrived in the Greek islands from Turkey since the beginning of December, after the implementation of a Turkey-EU deal which was supposed to impose strict border measures.

The EU and Turkey signed a deal at a special summit on November 29, 2015 based on the Joint Action Plan of 15 October, which includes the coordinated efforts of both sides to prevent irregular migration flows to the EU.

The deal in November included the EU giving Turkey $3.2bn in aid for the 2.2 million Syrian refugees in Turkey.

The money is intended to raise the refugees’ living standards and requires Turkey, through naval patrols and border checks, to prevent the flow of refugees to the EU, a flow expected to reach 1.5 million people this year alone.

The number of refugees arriving Greece in December appears on track to match those who arrived in November.

In another development, the European Commission said in a statement on Tuesday that it will adopt a set of measures to protect the EU’s external borders and manage migration more effectively.

The Commission has proposed to establish a European border and Coast guard to “ensure a strong and shared management of external borders to further increase security for European citizens”, the statement said.

“The European Border and Coast Guard will bring together a reinforced agency, with the ability to draw on a reserve pool of people and equipment, and the member states’ authorities, who will continue to exercise day-to-day border management,” European Commission First Vice-President Frans Timmermans said.

Some of the measures include a rapid reserve pool of border guards and technical equipment in which it should be able to draw at least 1,500 experts that can be deployed in under three days.

Member states also will have the right to intervene and can request joint operations and rapid border interventions, and deployment of the European Border and Coast Guard Teams to support these.

This will allow the agency to step in and deploy European Border and Coast Guard Teams to ensure that action is taken on the ground even when a member state is unable or unwilling to take the necessary measures.

Most importantly, the commission wants to allow national coastguards to be part of the European border and coast guard giving them the capacity to carry out border control tasks.

More than 900,000 refugees and migrants have arrived in Europe since January 2015, and over 3,000 have drowned or gone missing during the same period, according to the UN and the IOM.

Since 2011, the main reason for such a rise in figures has been the war in Syria, now the world’s single-largest driver of displacement. 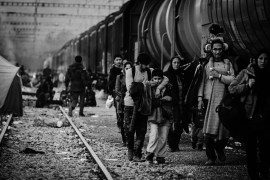 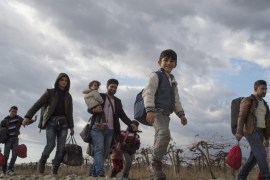