Moscow, Russia – Twenty leaders of 26 armed groups that pledged allegiance to the Islamic State of Iraq and Levant (ISIL) have been “neutralised” in Russia this year, a top security official announced on Tuesday.

Vladimir Bortnikov, head of Russia’s security service (FSB), said in televised remarks a total of 156 rebels were killed in 2015 in Russia’s North Caucasus region, a multi-ethnic and predominantly Muslim region between the Black and Caspian Seas that has been plagued by waves of unrest for decades.

Almost 3,000 Russian nationals suspected of ties to ISIL were identified, and more than 120 Russians who fought for ISIL and other armed groups in Syria and Iraq have been arrested and convicted, Bortnikov said.

The rebel underworld in Russia has been fractured and “virtually paralysed” following about 5,000 investigations into “suspected sponsors of terrorism”, said Bortnikov, citing an FSB report on efforts to tackle armed groups.

The report presented to a panel of counter-terrorism and security officials in Moscow sounded triumphant, but analysts doubted the scope of Moscow’s success in the troubled North Caucasus region.

Although Russian authorities claimed to have succeeded in killing two notorious armed group leaders with ties to ISIL several weeks ago, there is also a worrying tendency to claim that civilians – many of them unarmed young men, killed in counter-terrorism raids – were “militant jihadists”, a security expert closely familiar with counter-terrorism efforts in the North Caucasus told Al Jazeera.

“There is a trend to fabricate cases, when we understand that the killed [men] are called leaders of local militants that joined ISIL, or just militants. But in reality the cases are fabricated, and such victorious messages are very useful in terms of reporting,” the expert said on condition of anonymity citing, fears of official retribution.

A massive exodus of fighters to Syria has also contributed to a reduction of violent crimes in the North Caucasus, where extrajudicial killings, abductions and torture committed by federal forces and security agencies fuel the violence, human rights groups and observers say.

“What really helped is that many active [armed rebels] have left” for Syria, Alexei Malashenko, a Moscow-based analyst, told Al Jazeera.

He estimated between 3,000 and 7,000 Russian nationals were believed to have joined ISIL.

In November, ISIL released a video promising that “soon, very soon, blood will spill like a sea” in Russia as a result of ISIL-organised attacks in retaliation for Moscow’s air strikes on Syrian President Bashar al-Assad’s opponents, which started in late September.

Bortnikov’s report also emphasised the persistence of “Islamic militancy” in the region, where many armed rebels emerged despite relentless official pressure to eradicate “terrorist cells” and their leaders, Malashenko said.

“These leaders have been killed since 1994 – and they still re-appear. There are certain successes, but it only proves that there are a lot of [armed rebels], plenty, dozens, if not hundreds or thousands, and since the situation does not change in principle, the turnaround will go on and on. Some will leave [for Syria], some will return,” he said.

The unrest in the North Caucasus is rooted in two separatist wars Chechnya – one of the region’s provinces – fought against Moscow since 1994. The secular separatism in Chechnya has later turned into a region-wide rebellion and the creation of the Caucasus Emirate group.

It strove to carve out a huge swath of southern Russia with a sizable Muslim population and claimed responsibility for a series of attacks that killed hundreds in the North Caucasus and Russia’s urban centres.

But the group failed to gain control of a single town or city and remained a loose conglomerate of cells scattered across the North Caucasus, mostly in forested or mountainous areas. It also could not unite fighters from dozens of ethnic groups in the region divided by feuds over land and power.

In recent years, the Emirate was decimated by pressure from Russia’s military and police, while a growing number of its cells started to pledge allegiance to ISIL though obligatory videos posted online. 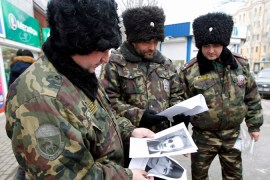 In the past two months three ‘Caucasus Emirate’ warlords appeared in videos declaring fealty to ISIL. 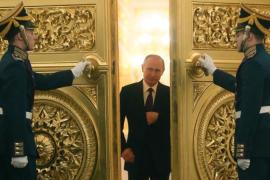 After coming to power promising to end an insurgency in the Caucasus, Putin faces another round of deadly attacks.