US Secretary of State John Kerry has arrived in Moscow to try to narrow differences with Russian leader Vladimir Putin over the role of Syrian President Bashar al-Assad in any political transition in Syria.

Kerry is expected to prepare the ground for a third round of talks of world powers on Syria, amid doubts over whether a meeting scheduled for Friday in New York will go ahead.

Obama tells ISIL leaders they have “nowhere to hide”

Moscow said that Kerry and Russian Foreign Minister Sergey Lavrov agreed in a phone call on the need for specific preconditions to be met before any new meeting, throwing the timing into doubt.

However, US state department spokesman Mark Toner said there were no preconditions to having this meeting.

It says only the Syrian people and not external powers should decide Assad’s political fate.

Speaking before Kerry’s arrival in Moscow, a state department official said Kerry would also raise concerns about Russia’s continued bombing of Syrian opposition forces instead of fighters from the Islamic State of Iraq and the Levant (ISIL), an approach likely to anger Moscow.

Before the talks, the Russian foreign ministry issued a statement complaining that Washington was not ready to fully cooperate in the struggle against ISIL and needed to rethink its policy of “dividing terrorists into good and bad ones”.

Kerry’s meeting with Putin follows a meeting last week in Riyadh, which agreed to unite a number of opposition groups, excluding ISIL, to negotiate with Damascus in Syrian peace talks.

While Kerry said there were still “kinks” that needed to be worked out, mainly to do with which groups should be included in peace talks, the Kremlin rejected the outcome of the Riyadh meeting, saying some of the groups were considered terrorists.

Assad himself appeared to cast doubt on the very idea of peace talks on Friday, saying he would not negotiate with armed groups that he said were backed by the US and Saudi Arabia.

The opposition groups said Assad should leave power at the start of a transitional period.

“We don’t have a full meeting of the minds yet [on Assad]. We will talk about some of the details of a transition … in the hopes of narrowing the differences between us,” a senior state department official told reporters.

Meanwhile, the Syrian army and allied forces have seized control of a sprawling military airbase near Damascus, bolstering the government’s presence in the area, which is overwhelmingly controlled by opposition forces.

The Marj al-Sultan airbase lies in the eastern suburb of Damascus known as Eastern Ghouta, and had been held by rebels for the past three years.

The capture is a rare victory for the government in an area considered an opposition stronghold. It bolsters the government’s hold over Damascus International Airport and splits rebel-held areas.

The offensive came a day after warplanes launched air raids on the rebel-held areas of Duma, Saqba and Arbeen, in the suburbs of Damascus, killing dozens of people. 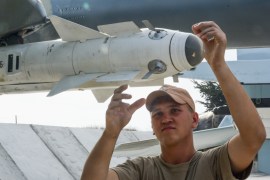 Russia and US planes in safety test over Syria 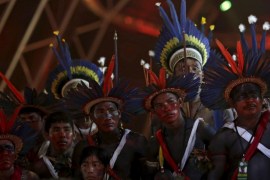 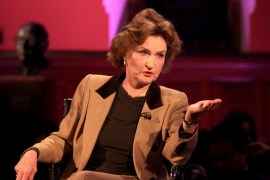