Houthi rebels announced a ceasefire date on Saturday ahead of planned peace talks in Switzerland with the Yemeni government.

Mohammed Abdul-Salam, head of the Houthi delegation to the peace talks, said the ceasefire would start on Monday – a day before the United Nations-brokered meeting.

“Based on what had been agreed upon, there will be a halt of the aggression on the 14th of this month,” Abdul-Salam said at a news conference broadcast live from the Yemeni capital, Sanaa.

“We have agreed to the ceasefire to lift the suffering of our people and to deliver humanitarian assistance to them.”

The Iran-allied Houthis describe military operations in Yemen by a Saudi-led Arab alliance as an aggression. The alliance says it intervened in response to a request by Yemen’s President Abd-Rabbu Mansour Hadi.

The UN invited Hadi’s government and the Houthis to peace talks in Switzerland starting on Tuesday, after the sides agreed on a draft agenda and ground rules for the talks.

Abdul-Salam complained that the UN had not taken into account all the remarks his group had made on the draft, but said Ansarullah – as it is officially known – and its allies would press their demands at the talks.

“We are in constant coordination together with the General People’s Congress party, and we will all go with a national will aimed at stopping the aggression and lifting the siege,” he said at the news conference.

Prime Minister Khaled Bahah said on Friday he was determined to end the fighting that has killed nearly 6,000 people since March and caused widespread damage to the economy and infrastructure.

“We at the General People’s Congress are not too optimistic about such a humanitarian ceasefire. We need a UN Security Council resolution that requires all sides to lay down their weapons for real, so that we have a solid foundation for the negotiation and will be able to take the process to a next phase,” Alchjaa said.

Some Yemenis, however, have lost hope that peace can be achieved.

“As a Yemeni citizen, I have seen numerous mediating delegations come and go, making various attempts over the past nine months. But personally, I am not expecting anything to come out of it,” said Yahya al-Khatib, an employee in the education sector. 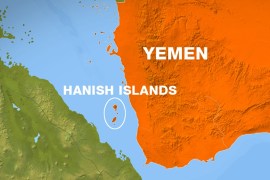 The Hanish group of islands was reportedly used to store and smuggle weapons into Yemen. 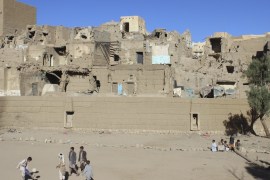