Ecuador and Sweden have reached a deal that could pave the way for WikiLeaks founder Julian Assange to be questioned at the South American country’s embassy in London where he has lived for more than three years.

The legal agreement was signed in Ecuador’s capital Quito after half-a-year of negotiations.

“This is essentially a deal on legal assistance on a criminal matter, and when it is finalised later this week it will open the door for the Swedish state prosecutor to question Mr Assange,” Swedish justice ministry official Cecilia Riddselius told AFP news agency on Sunday.

Assange, 44, took refuge in Ecuador’s London embassy in June 2012 to avoid extradition by UK authorities to Sweden, where he is wanted for questioning over allegations of sexual assault and rape against two women in 2010.

The Australian denies the accusations.

Assange says he fears Sweden will extradite him to the United States, where he could be put on trial over WikiLeaks’ publication of classified military and diplomatic documents five years ago – one of the largest information leaks in US history.

Riddselius said the preliminary agreement with Ecuador was not specifically linked to the Assange case.

She described it as a deal that will allow authorities in the respective countries to help each other, while Ecuadorian officials said it will streamline future collaboration.

“It is without doubt an instrument that strengthens bilateral relations and will facilitate, for example, the fulfillment of judicial matters such as the questioning of Mr Assange,” Ecuador’s foreign ministry said in a statement.
Source : News Agencies 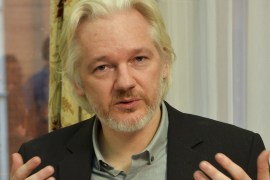 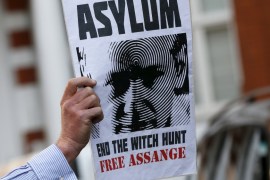