Syria’s President Bashar al-Assad has dismissed possible negotiation with the Syrian opposition until rebel groups lay down their arms.

The leader, who lost control of large parts of the country after a civil war began in 2011, told state media on Friday he would not enter talks with ‘terrorists’.

Assad insisted a majority of Syrians backed his rule and that he would not step down, as Syrian rebel groups and many Western powers demand.

“They want the Syrian government to negotiate with terrorists, something I don’t think anyone would accept in any country,” Assad said adding he had “never thought about leaving Syria under any circumstance.”

“Whenever they want to change their approach, give up the armaments, we are ready…while to deal with them as a political entity, this is something we completely refuse,” he said in response to another question about whether he would be willing to negotiate with opposition groups that met in Riyadh this week.

Syrian opposition groups say they are ready for UN-sponsored negotiations with representatives from the government, but insist that Assad has to step down.

“The aim of the political settlement is to create a state based on the principle of citizenship without Bashar al-Assad or figures of his regime having a place in it or any future political arrangements,” the group of rebel factions said in a statement issued at the end of two-day talks held in Saudi Arabia’s capital.

Hosted by the Saudi Arabia, the unprecedented talks between more than 100 representatives from armed and political opposition groups tried to unite the factions fighting against the Syrian government in the bloody conflict in which more than 250,000 people have been killed. 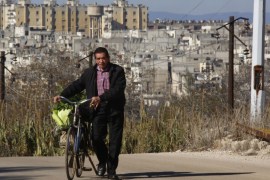 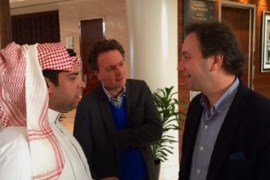 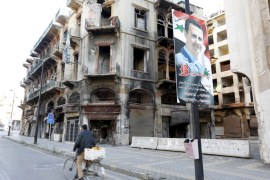 Ahrar al-Sham withdraws from meeting aimed at fostering unity among rebels, saying its role has been minimised.