Paris, France – It was always an optimistic call to get a global climate change agreement in the can by a firm 6pm deadline on Friday and so it proved.

Twelve hours before the deadline on Friday, Laurent Fabius, the French foreign minister and president of COP21, announced that the international conference in Paris would indeed be delayed into Saturday.

“After the consultations I’m having, I will be able, tomorrow morning at 9am [08:00 GMT], to present to all parties a text which I am sure will be approved and will be a great step forward for the whole of humanity,” Fabius said.

There is still a pervading sense of optimism that parties are very close to a deal.

Getting 196 countries to agree a way forward to tackle climate change is a monumental challenge. The fact negotiators are close appears to be a result of the impressive management of the process by the French presidency of the COP21 summit.

But it could yet be derailed. The streamlined draft text of the climate deal highlights the obstacles that must be overcome between now and Saturday morning.

Chief among them is the old issue of responsibility and who pays who what. Rich nations say wealthier developing countries should contribute to the climate financial pot, which is deemed unreasonable by the likes of India and China.

Then there are ambitious bids to restrict global warming to an overall 2C rise and chart a route to a carbon-free future.

As it is, voluntary emission reductions would only restrict the rise in temperatures to 3C, perceived as dangerously high by climate scientists.

A strong-willed coalition of “ambition” has emerged at the conference, including the United States, the European Union and 79 African, Pacific and Caribbean states.

They have been pushing to get most elements of this latest draft through.

But now a so-called coalition of “deletion” has emerged, named for the red lines they are putting through the text, including Venezuela, Saudi Arabia and China.

Meanwhile President Barack Obama and Chinese Premier Xi Jinping have been talking by phone to try and bring parties together.

The White House said the two men agreed that their negotiating teams would continue working to strike a deal and that the conference was a “crucial opportunity to galvanise efforts on climate change.

Another long day and night lie ahead. 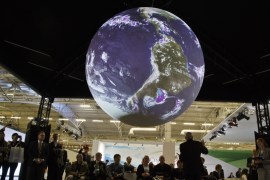 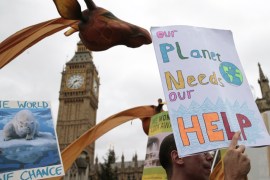 COP21: Constructive conference or a waste of time?

We explore whether the world will finally agree to a meaningful and binding agreement on carbon emissions.