Chinese internet company Alibaba says it will buy Hong Kong’s South China Morning Post, pledging to maintain the newspaper’s objectivity in the face of fears it will lose its independent voice.

The acquisition follows weeks of speculation over the future of the English-language newspaper and worry that it will become a mouthpiece for the Chinese government.

It comes at a time when concern over press freedom in Hong Kong is growing after attacks on journalists, reports of pressure on editorial staff from authorities, and increasing self-censorship.

“[Alibaba] has entered into a definite agreement to acquire the South China Morning Post (SCMP) and other media assets of SCMP Group Limited,” the Chinese firm said in a statement, without specifying a sum.

It said the sale would see Alibaba use its “digital expertise” to provide “comprehensive and insightful news and analysis of the big stories in Hong Kong and China”.

Speaking to Al Jazeera from Hong Kong, Willy Lam, professor of politics at the Chinese University, said the acquisition was part of a well-orchestrated plan by the Chinese government to boost its soft power projection around the world.

“The Morning Post – being an influential paper in the Asia-Pacific region – will be used to project Chinese soft power and also ensure that, as Alibaba’s executives have said, the coverage of China will no longer be biased, no longer be seen through what they call red tinted lenses,” he said.

The once globally renowned paper was founded in 1903 and has long given international readers an insider’s perspective on Hong Kong and the mainland.

However, profits and sales have in recent years been hit by an industry-wide decline.

Readers’ trust has also fallen as a more pro-Chinese editorial policy has not gone unnoticed in a city that saw tens of thousands take to the streets last year to protest against mainland interference.

In a letter to the newspaper’s readers following the announcement of the sale, Joe Tsai, Alibaba’s executive vice chairman, pledged that the SCMP would be “objective, accurate and fair” and have “the courage to go against conventional wisdom”.

In an interview published on the SCMP website Tsai accused Western media of bias against China, saying that Alibaba would “see things differently” – a statement expected to heighten critics’ concern.

“A lot of journalists working with these Western media organisations may not agree with the system of governance in China and that taints their view of coverage. We see things differently, we believe things should be presented as they are,” he said.

He said the deal would also help Alibaba take its message to a global audience.

“We feel if people understand China better, they will understand our company better.” 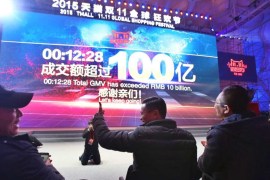