At least 70 people have been killed by Taliban fighters in a siege at Afghanistan’s Kandahar airport, officials told Al Jazeera.

Official details about the number of casualties and the nature of the attack, which began on Tuesday night, have been conflicting – with the Ministry of Defence saying in a statement that 37 people were killed and 35 wounded.

Hospital officials, however, told Al Jazeera that 70 people have been killed, including women and children.

On Tuesday night, Taliban fighters targeted a residential compound and military bases at the airport, which is used by Afghan, US and NATO military forces. There, they held a number of hostages as they engaged in a tense firefight with security officials.

Early on Wednesday, officials also said that the siege was over, but witnesses told Al Jazeera’s Qais Azimy, reporting from the Afghan capital Kabul, that at least three attackers were still holding about 10 people hostage on Wednesday evening.

“We are getting very conflicting reports, but we think the fighting is still going on,” he said, adding that the level of miscommunication about the incident shows why Afghan “people are losing faith in their security forces”.

“The Taliban has shown to the Afghan people that they are still strong in the south and can launch an operation like this” even in a supposedly fortified airport compound, Azimy added.

Afghan special forces deployed to the scene had to move slowly to retake the airport as any sudden action  could have caused civilian casualties due to a hostage situation, military officials said.

A man who was trapped in a building near the airport at the start of the attack told Al Jazeera that residents were told to remain inside and take cover in case Afghan or US-NATO forces mistook them for fighters.

The siege in Kandahar was continuing just hours after Afghan President Ashraf Ghani landed in Islamabad for the Heart of Asia regional conference that aims to revive peace talks with the Taliban.

“I strongly reiterate our commitment to lasting and just peace within which all movements that resort to arms convert themselves to political parties and participate in the political process legitimately,” he said.

“Violence is not the way in a democratic society.”

Pakistan, too, has said that it is committed to renewing the Afghan peace process.

“The emergence of newer and more threatening terrorist groups like Daesh should also strengthen our resolve against terrorism,” Nawaz Sharif, Pakistan’s prime minister, said at the conference on Wednesday, referring to the Islamic State of Iraq and the Levant (ISIL) group.

“We should envisage collective and coordinated measures on the regional security front to ensure that the gains and struggle against terrorism are durable and irreversible.” 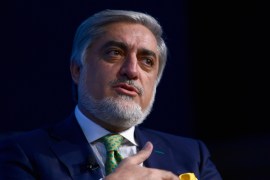