Voting was to close at 6pm local time but was extended for an extra hour. Polling stations are also set to stay open longer than that if people who joined the queue before the official closing time have not yet voted.

Voters in working class neighbourhoods of the capital Caracas rose on Sunday morning to the sound of government sponsored music and fireworks. Long lines appeared early as anxiety loomed over possible trouble.

“The big problems are the lack of security and the high cost of living,” voter William Carrasco told the AFP news agency as he queued up to vote in Caracas. “Things could get violent.”

Interactive: All you need to know about Venezuela’s elections

Opinion polls showed that the opposition coalition Democratic Unity Roundtable (MUD) could gain a majority of the votes over the ruling United Socialist Party (PSUV) for the first time in nearly 17 years.

A victory for MUD could reset the Socialist Party’s hold on a majority of seats at the national assembly seats and undermine the “Chavismo” ideology, a left-wing anti-capitalist movement set forth by late president Hugo Chavez.

The election will have no immediate impact on Maduro’s term in office, which expires at the start of 2019. But the opposition can seek a recall referendum next year by collecting about four million signatures.

Maduro, Chavez’s anointed successor, initially said he would challenge the elections from the streets if his party lost, but has now agreed to respect the outcome of Sunday’s vote.

More than 19m registered voters will elect 167 representatives for the unicameral body, which is the legislative branch of the Venezuelan government.

Support for the ruling party has fallen in the face of a slowing economy, the result of decades long price controls on imported goods and falling oil prices.

Maduro has agreed to let the jailed opposition leader, Leopoldo Lopez, vote in the election from the Ramo Verde Prison, where he is being held.

Lopez was sentenced to 14  years in jail last year after being convicted of inciting violence during anti-government protests. His supporters say he is an innocent political prisoner.

“Today I came to vote for the liberty of all the political prisoners,” Opposition figure Lilian Tintori, Lopez’s wife, told journalists after casting her ballot.

The election marks the end of a tense campaign season, with some violent incidents.

On November 26, opposition party member Luis Manuel Diaz was shot dead in a campaign event where Tintori was also present. Tintori accused the government of being behind the attacks, an allegation the government denied.

David Smilde, a senior fellow specialising in Venezuela at the Washington Office on Latin America, told Al Jazeera there was a 90 percent chance the opposition was going to gain a majority.

Read more: Venezuela reflects on Chavez era ahead of election

“The question is what majority – is it three fifths or two thirds?” he said, adding that the margin of a potential victory was crucial for an already divided opposition that might find it hard to define future policies.

“Between them there are very different visions as to what needs to happen, what needs to be reformed and who should assume that reform,” Smilde said.

“Some radicals want to try to get rid of Maduro through a referendum, others think it’s better to work with the government.”

Reporting from Caracas, Al Jazeera’s Lucia Newman said: “The real issue is whether an opposition victory could finally oblige Venezuela’s political parties to negotiate and seek consensus to confront a spiraling economic and social crisis, or, as many fear, would it lead to an even deeper conflict of power?”

While a parliamentary win could boost the opposition, analysts said it would not mean the end of the Socialist party, which still remains popular because of its strong links to the revered Chavez.

“Half of the population still have a popular memory of Hugo Chavez, and that’s going to last, people credit Chavez with improving their lives,” said Smilde.

“This could be the beginning of the end for Maduro’s presidency, but I don’t think it’s the end of Chavismo.” 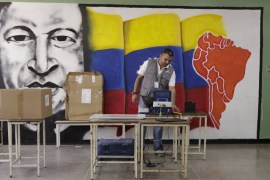 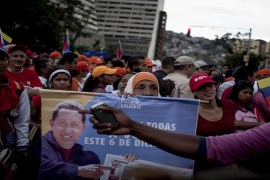 Hope and uncertainty in Venezuela ahead of vote

The memory of Hugo Chavez looms large as Venezuelans prepare to go to the polls in a vote that could dent chavismo. 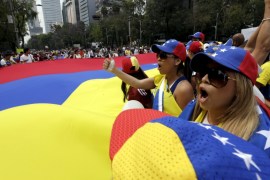