Gun violence in the United States is unparalleled around the globe and has become the norm rather than rare, President Barack Obama said after the latest attack in California killed 14 people.

“We have a pattern now of mass shootings in this country that has no parallel anywhere else in the world,” Obama told CBS News in a televised interview after Thursday’s shooting.

He also renewed a call for stricter gun laws to curb the prevalence of attacks in the country, which he said lack basic measures to enforce background checks on those seeking to buy firearms.

“We should come together in a bipartisan basis and every level of government to make these [attacks] rare as opposed to normal…because it does not happen in the same frequency in other countries,” said Obama.

According to a website that tracks gun violence in the US, this year there have been an average of more than one mass shooting – which claimed four or more casualties – per day throughout the country.

Earlier this year, a report – which claims to be the first in-depth analysis of the US’ “exceptional” propensity for mass shootings in comparison to the rest of the world – found that historically the country had seen a disproportionate number of such attacks, “especially at school and workplace settings”.

The report by Adam Lankford – a criminal justice professor at the University of Alabama and author of “The Myth of Martyrdom: What Really Drives Suicide Bombers, Rampage Shooters and Other Self-Destructive Killers” – was presented in August at an annual conference for the American Sociological Association based in Washington DC.

Even though the US had less than 5 percent of the world’s population, about 31 percent of mass shootings worldwide took place in the country, it added.

“Behavioural differences between offenders who attacked in the US and elsewhere suggest that the exceptional nature of America’s mass shooter problem may be attributable to its national gun culture, social strains and social premium on fame,” the report said.

“The results showed a statistically significant association between national firearm ownership rates and the number of shooters per country.”

In a 2007 comparative study of 178 countries, the Switzerland-based Small Arms Survey reported that the US ranks first in the number of civilians who own guns – at a rate of 88.8 firearms per 100 people.

Political scientist Robert Spitzer has said US “gun culture” dates back to the proliferation of arms in the early days of the nation, and reflects the connection between firearm ownership and the country’s revolutionary and frontier history.

Perpetrators often target strangers who they view represent systems that have mistreated them.

The report quoted Robert Merton, the late prominent sociologist, who once said: “The American stress on pecuniary success and ambitiousness for all thus invites exaggerated anxieties, hostilities, neuroses and antisocial behavior.”

The report concluded: “Those who experience strain but lack the skills or social support to effectively cope may suffer frustration, humiliation, anxiety, or rage. As a result, they may turn to criminal behaviour to escape the strain – or seek revenge against its source.”

Katherine Newman – a sociologist at the University of Massachusetts who co-authored the book “Rampage: The Social Roots of School Shootings” – told Al Jazeera that mental illnesses compounded by social rejection are major causes of shootings by young people.

“For these massacres, the motivations are attention, changing the public definition of a young man’s personality from ‘loser’ to ‘anti-hero’, and the desire to be incorporated into groups that prize manly behaviour that is linked to violence,” Newman said.

She added that mental illnesses “play a role in creating a psychological filter that exaggerates slights of rejection – something experienced by millions of young people – but most of whom learn to slough it off”.

“But we must clear that even though shooters are generally mentally ill, the mentally ill do not develop into shooters at a disproportionate level.”

Newman blamed the country’s lax gun laws on the National Rifle Association lobby’s “very powerful” ties with Republican officials and many Democrats from the country’s south.

“It [the NRA] spends an enormous amount of money to keep politicians in line,” she said.

But Newman noted there was hope that the public can push for political change and the tightening of gun laws.

US citizens can make a difference “by ignoring the NRA and forcing politicians to pay attention to the will of the people, who strongly favour gun control”, she said.

However, Glenn Muschert – a sociology professor at Miami University who co-authored “Responding to School Violence: Confronting the Columbine Effect” – said the sheer number of firearms in the US, about 300 million, meant that tougher gun control measures and background checks would probably not be effective enough.

He underlined the need for “taking concrete steps to deal with mental illnesses” and the “building of social capital among communities and within organisations”.

Those initiatives “would lead to less violence, as individuals are more likely to receive support in such environments and also there is a strengthening of collective efficacy, which is the ability to control deviance through informal means,” Muschert told Al Jazeera. 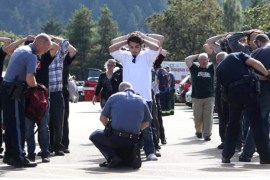 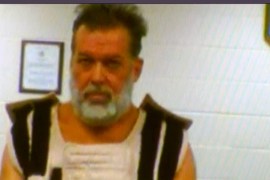 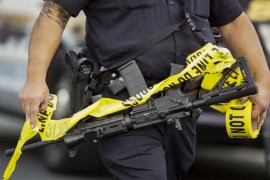