Sher Mohammed finds himself in makeshift camp in Kabul with his six children a year after the 2014 attack on the army-run school in Peshawar.

Mohammed, like many other Afghan refugees in Pakistan, was forced to leave the country after living there for more than a decade.

“I’ve lived and worked in Pakistan for more than 15 years now. I got married there and my children were born there too,” Mohammed told Al Jazeera.

“But now, here I am living in a camp with no future for me and my children. Peshawar was my home. I lived there almost all my life. Why are we getting punished for the crime we never committed?”

The camp situated in Charrahi Qanbar, west of Kabul, has more than a thousand families living in mud houses and tents who are Afghan returnees from Pakistan and internally displaced persons.

The returnees from Pakistan started flooding the camps that were set up for internally displaced persons in Afghanistan who fled the war between the Taliban and the Western forces in their hometowns.

Tehreek-e-Taliban attacked the Army Public School in Peshawar on December 16, 2014, killing over 143 people, including 132 children.

The Pakistani government announced an anti-terrorism plan that formulated 20-point agenda which included ‘Registration and Repatriation of Afghan Refugees’ in Pakistan by the end of 2015.

Since then, incidents of police abuses against Afghans reportedly skyrocketed prompting Afghans to return to war-torn Afghanistan, according to Human Rights Watch.

“The level of abuse on Afghan refugees has increased significantly after the attack on school in Peshawar. Many lived in Pakistan for the past three decades and some even more and we have people who have not been to Afghanistan at all,” Saroop Ijaz, a lawyer and Pakistan researcher for Human Rights Watch told Al Jazeera.

“Life has become really difficult for Afghans living in Pakistan. Afghans are left with no choice but to leave. If you take away someone’s business or someone’s job what options are they left with?

“This was just a political response to the school tragedy. Afghan returnees are now in dire need of help and support. They have no source of income and they cannot go back to their hometowns as they barely know anyone there.”

According to International Organisation for Migration (IOM), more than 90,000 refugees returned back to Afghanistan this year, six times the number during the same period last year.

The numbers are expected to rise if Pakistan fails to agree to extend the validity of the Proof of Registration (PoR) card, which will expire at the end of this month.

The card recognises their status as “Afghan citizen temporarily residing in Pakistan”.

“There should be immediate steps taken to ensure no mistreatment, torture or detention of Afghans occurs in Pakistan. Afghans who are registered cannot be asked to leave unless until the end of this month,” Ijaz told Al Jazeera.

“All Afghan refugees should have the right to appeal against a decision to be deported and receive legal assistance if they fear persecution or other serious harm in Afghanistan.”

More than 100,000 people were newly displaced within Afghanistan this year, raising their number nationwide to nearly one million.

Rahim Khan Rahimi lived in Peshawar and had valid refugee documents but was still forced to leave to Afghanistan.

He still dreams to return back to Pakistan.

“I am living here in these camps where we barely even get food to eat. I knew many people in Pakistan, made friends there, went to school there as well. How will I build everything from scratch here?” he told Al Jazeera.

“Even after living for years in Pakistan, I was harassed, threatened and kicked out of the country. But even now, I would go back to Pakistan if I could. It was my home.” 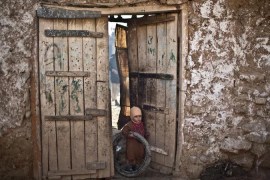 As the Pakistani economy is under strain, one million unregistered refugees will be ordered to leave. 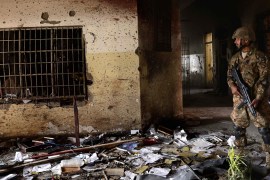 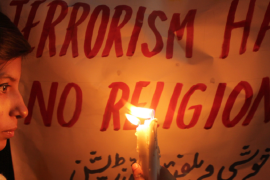