Members of the Afghan Taliban dismissed claims that their leader was injured in a gunfight during a gathering of several Taliban figures in Pakistan as “propaganda” aimed at dividing the group.

Afghan officials said earlier on Wednesday that Afghan Taliban leader Mullah Akhtar Mansoor had been wounded on Tuesday in the South Asian nation.

“The shooting erupted Tuesday night when Mansoor visited Mullah Abdullah Sarhadi in his house in the city of Quetta,” said Sultan Faizi, the spokesman of Afghan First Vice President Abdul Rashid Dostum, in an official statement.

“We are unsure whether Mullah Mansoor had survived his injuries.”

But members of the Afghan Taliban rejected the claim as propaganda to “break up the group”.

“Mullah Mansoor is perfectly well, he is not injured. I spoke to him a while ago. This incident is propaganda to prove us weak,” Taliban spokesperson Zabihullah Mujahid told Al Jazeera.

“Mullah Mansoor is not in Pakistan. The fight never happened. No such meeting took place in Quetta in the first place.”

According to a senior Taliban commander and close aide to Mansoor, the news was an attempt to confuse and further divide the Taliban.

“There are elements within Afghan government who want to divide the Taliban. Mullah Akhtar Mansoor would never go to Mullah Abdullah Sarhadi. He might have never even seen Mullah Mansoor in person his entire life,” the commander told Al Jazeera on condition of anonymity.

Sami Yousafzai, a Taliban expert in the region told Al Jazeera that the Taliban is going through “a tough time with divisions.

“There are a lot of problems and disagreements between the Taliban. This will definitely undermine the peace talks.

“There are several other groups that have emerged in Afghanistan. Many militants have pledged allegiance to Islamic State of Iraq and the Levant [ISIL]. Who are they going to have peace talks with now?

“If the news is true about Mullah Mansoor, the Taliban might feel weak, but the challenge still remains to fight the insurgency in the country.”

The news of Mansoor’s injury comes after renewed efforts to revive peace talks with Taliban fighters. The talks were postponed after the announcement of the Taliban leader Mullah Omar’s death earlier this year.

Mansoor was announced as the new Taliban leader late July after the group confirmed the death of Mullah Omar, who had led the Taliban for two decades.

But factions emerged following his appointment, with some saying the decision was not made with everyone’s consent.

Since the withdrawal of international combat forces at the end of last year, there are about 13,000 foreign troops – roughly 10,000 of them American – in Afghanistan. The US and NATO mandate is now to train and advise Afghan security forces.

In October, US President Barack Obama announced that the US would extend its military role in the country and keep the current force of 9,800 troops through most of 2016, amid a surge in Taliban attacks. 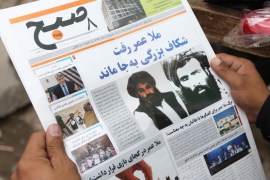 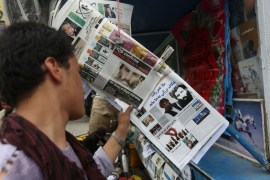