The Syrian government and rebels in a district in Homs, the country’s third largest city, have agreed on a conditional truce, according to activists.

After over two years of ongoing sporadic negotiations, the two sides have reached a deal in al-Waer, a neighbourhood that has been under government siege since 2012, Radwan, a local activist, told Al Jazeera on Wednesday.

The truce has been backed by the UN mission in Syria but is yet to be signed by the parties.

The truce terms include allowing the wounded to leave the area and get proper medical attention; a ceasefire; and a safe route for humanitarian aid and food supplies to enter the neighbourhood in addition to the protection of aid workers.

Throughout the siege by forces loyal to President Bashar al-Assad, residents of the rebel-held district have been deprived of food and aid supplies and were prevented from leaving all while enduring heavy shelling and bombardment.

Radwan, who has not left al-Waer since it was captured by rebels, said most residents he spoke to do not want the rebels to leave the neighbourhood because they do not have faith in the government.

“The only people leaving al-Waer are at least 200 injured civilians and fighters who need urgent medical care,” he said.

“Claims of rebels leaving the neighbourhood have been denied by those representing al-Waer.

READ MORE: Debate about Syria is missing one thing – Syrians

“I do not think any progress will come out of this. I think this is just buying time for both sides.

“For the rebels, the truce offers an exit path for residents and fighters in need of hospitalisation. For the government, it provides an opportunity for more negotiations to force the rebels out.

“We do not think this will be signed any time soon. Residents are afraid of the government and most of them want the rebels to stay here.”

Another resident in al-Waer, who spoke on condition of anonymity, said that local people no longer care about the politics of the situation; they just want to be safe and have food to eat.

“Al-Waer has suffered enough. We just want food and aid to reach us. Al-Waer is starving and winter is here. We just want peace regardless of how we get it,” he told Al Jazeera.

Talal al-Barazi, the governor of Homs, Syria’s third largest city, told Syrian state television that the truce came after several meetings which were much-needed to create a common ground with the rebels.

“Al-Waer needs to be free of weapons and free of armed fighters. The truce will take 45-60 days to be applied and will go through three phases,” he said.

“The first phase will include convincing the fighters to evacuate the neighbourhood. The main aim of this is to protect civilians and restore order to al-Waer.

“Homs is made up of 36 districts, and al-Waer is the last district held by armed men. Once it is cleared from armed fighters, the city can go back to normal like other districts have.

“The residents of al-Waer played a very crucial role in this truce, which is similar to previous agreements that failed to be put in order last year.”

OPINION: 7/7 Survivor: Why we should not bomb Syria

‘Capital of the revolution’

There are over 100,000 people still living in al-Waer, including many displaced persons, and about 4,000 fighters from al-Nusra Front, Ahrar al-Sham and the Free Syrian Army.

Homs was dubbed the “capital of the revolution” after protests kicked off just weeks after they began in Deraa in 2011. By the end of that year, most of the city came under opposition control.

However, government forces managed to take back many neighbourhoods and districts within a year, and in May 2014, under a UN-backed deal similar to the most recent one, rebels agreed to leave the Old City, one of their last strongholds in Homs province.

More than 250,000 people have been killed in Syria and at least one million others have been injured since anti-government protests broke out in March 2011, the UN says. 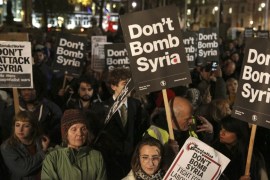 7/7 Survivor: Why we should not bomb Syria

The major reason for not bombing Syria is the diminishing of our humanity and civilisation. 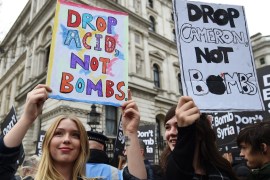 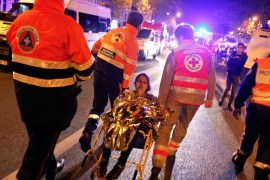