Gamboa – Frogs are disappearing at an unprecedented rate around the world due to a fungus that is spreading fast.

About a third of the world’s amphibian species are in danger of extinction and around 40 percent of frog species have already been wiped out.

So, there is a new push to ensure the amphibians’ long-term survival at a new laboratory in Panama which is home to three species of endangered frogs.

A new state-of-the-art laboratory is allowing researchers to look at ways to protect the amphibians from the fungus and get them back into the wild. 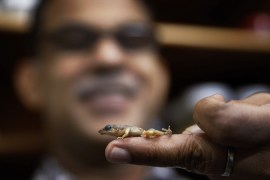 Fourteen new species of acrobatic amphibians discovered in western ghats, a region likely to be hit by climate change. 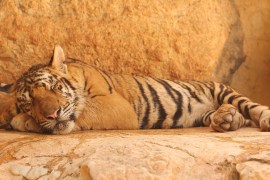 Behind the scenes: Saving Thailand’s animals

Thailand recently introduced laws to protect animals born in captivity, though critics say they will do little to prevent mistreatment in a multi-million dollar entertainment industry.