A senior United States government official has called on “wealthy” Gulf states and the world’s emerging economies to do more to help the record number of Syrian refugees stranded in camps or in transit to European nations.

Anne Richard, assistant secretary of state for population, refugees, and migration, told C-Span on Friday that the US was preparing to ramp up its Syrian refugee intake, but that other nations could and should do more to help.

“I would like to see more aid come from the Gulf states that are in the Middle East area and are relatively wealthy compared to Jordan and Lebanon,” Richard said.

“And we would also like to see more from the so-called BRICS – Brazil, Russia, India, China, and to a lesser extent, South Africa.

“These are the emerging economies [and] these are the wealthy states that care about the region – that could and should be doing more on the humanitarian side.”

When asked to elaborate on her comments later in the interview, Richard said she was not referring to all Gulf states.

“Some are making real contributions – and I would put Kuwait at the top of the list because they have provided so much funding, and they also hosted the first three pledging conferences for humanitarian assistance that raised a lot of money,” she said.

“And the United Arab Emirates is also providing assistance.

“But not all of the Gulf states are doing that. And, like I say, in the past what we have seen is that Gulf states’ funding can be very intermittent.

“It can be a very generous announcement one day for one part of the world and then nothing for a couple of years for other parts of the world.

Asked if she was specifically referring to Saudi Arabia and Qatar, Richard said, “right”.

Richard’s comments come despite the US only having taken in about 2,000 Syrian refugees since the country’s conflict began almost five years ago.

The US has announced that it plans to take in 10,000 refugees in the coming year, still lower than the number being accepted by other nations that are geographically removed from the crisis.

In comparison, Australia – a country of just 23-million people – has announced it will accept 12,000 Syrian refugees over the next year.

In the face of criticism, the Gulf states have emphasised the extent to which they have provided financial support to neighbouring nations as part of their assistance to Syrian refugees.

None of the six states that form the Gulf Cooperation Council, Saudi Arabia, Oman, United Arab Emirates, Kuwait, Bahrain and Qatar, has signed the UN convention on refugees, which has governed international law on asylum since World War II.

But some Gulf states say they have taken in hundreds of thousands of Syrians since the civil war there began in 2011, just not as refugees.

The Saudi Press Agency (SPA) cited an official source in the foreign ministry in September as saying that Saudi Arabia had received nearly 2.5 million Syrians and provided about $700m in humanitarian aid since the conflict erupted.

Qatari Foreign Minister Khalid al-Attiyah has said that Doha has spent about $1.6bn in aid since the conflict broke out in 2011, and during that period, the number of Syrians in Qatar has increased from about 20,000 to 54,000. 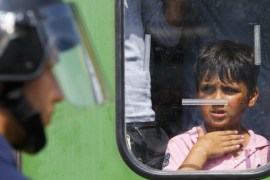 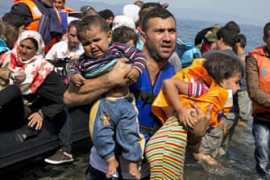 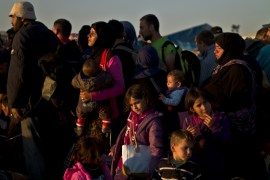 Foreign ministry official says nation has received nearly 2.5 million Syrians since 2011, amid criticism of its efforts.