Israeli forces have shot dead a 72-year-old Palestinian woman amid clashes across Israel and the occupied Palestinian territories.

On Friday afternoon, Israeli troops fatally shot Thawarat Ashrawi as she drove her car into a petrol station in Halhul, a town in the Hebron-area of the West Bank.

Ashrawi’s family told Al Jazeera that she was simply at the petrol station to fill up her car.

The Israeli military, however, said the woman had driven her car directly at soldiers at the station, before she was shot.

Ashrawi was the second Palestinian to be killed by Israeli forces on Friday.

In Gaza, Israeli forces shot and killed 23-year-old Salameh Abu Jamaa, as dozens of Palestinians protested on the Israeli border in the Khan Younis area of the Strip’s south.

Israeli forces injured at least 38 protesters, including 29 with live ammunition, according to Ashraf Qidra, a spokesman for Gaza’s Ministry of Health.

Triggered by Israeli incursions into the Al-Aqsa Mosque compound, protests against Israel’s ongoing occupation have spread throughout the occupied West Bank, including East Jerusalem, and the besieged Gaza Strip.

Since October 1, Israeli soldiers or settlers have killed at least 76 Palestinians, including bystanders, unarmed protesters, and alleged attackers. Ten Israelis have also been killed by Palestinians.

Speaking to Al Jazeera, Ezz Zanoun, a photographer at the clashes in central Gaza, said that “the ambulances didn’t get a chance to stop. They were picking up people, dropping them at the hospital and coming straight back to the protest”.

“The gas is raining down on us,” he said from the clashes by phone on Friday afternoon. “I can see people being shot right in front of me.”

Zanoun added that an Israeli soldier “yelled at us with a megaphone, threatening us. He said they would kill us if we didn’t go home”. 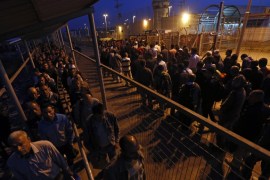 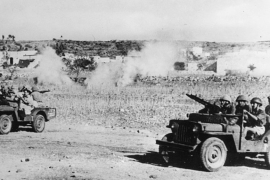 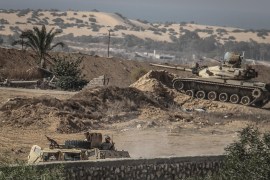