Egyptian President Abdul Fattah el-Sisi’s first official visit to the UK has been dominated by discussions about last weekend’s Russian plane crash, while protesters gave the leader a frosty welcome on account of what they see as the country’s worst human rights crisis.

Hundreds of protesters gathered on Thursday outside Downing Street to denounce the visit, where Sisi met with the British Prime Minister David Cameron.

Dressed in body bags and nooses, the demonstrators lay down outside Cameron’s residence, blocking the entrance in a protest symbolising the hundreds of people killed and sentenced to death during, and since, the military, led by Sisi, overthrew President Mohamed Morsi in August, 2013.

Sisi has been condemned by international human rights watchdogs since launching a crackdown against the Muslim Brotherhood – Morsi’s party, which his government considers a terrorist organisation, and other opposition groups.

But talks between the leaders of Egypt and Britain were focused on the cause, investigation and outcome of the Russian plane crash in Sinai on Saturday, which killed all 224 people on board.

Cameron declared on Thursday it was “more likely than not” that a bomb brought down the Metrojet flight packed with Russian holidaymakers – a scenario that Russian and Egyptian officials have dismissed as premature speculation.

Cameron said he had grounded all British flights to and from Egypt’s Sinai Peninsula on Wednesday because of “intelligence and information”.

The UK prime minister said he had “every sympathy” with the Egyptians, who rely heavily on tourism, but had to “put the safety of British people first”.

Giving impetus to the bomb theory, Obama said in a radio interview: “There’s a possibility that there was a bomb on board. And we’re taking that very seriously.”

After meeting with Cameron, Sisi said British officials had sent a security team to check the Sharm el-Sheikh airport 10 months ago and were satisfied with the results.

“They checked the security actions, they were happy with that,” he told a news conference alongside Cameron, speaking through an interpreter.

Sisi said Egypt stood “completely ready to cooperate with all of our friends” to ensure the safety of tourists.

“We understood their concern because they are really interested in the safety and security of their nationals,” he said.

Late on Thursday, the UK government announced airlines will resume flying stranded British tourists home on Friday from Sharm el-Sheikh, DPA news agency reported. More than 20 flights are expected to take off for London from the Red Sea beach resort.

More countries have issued a travel curb to the popular Egyptian resort town. Ireland, Germany and the Netherlands have suspended flights, leaving thousands of European tourists stranded in the Red Sea resort.

Germany’s Lufthansa Group announced on Thursday it would cancel flights by its subsidiary airlines – Edelweiss and Eurowings – to Sharm el-Sheikh.

Emirates, Qatar Airways, Lufthansa and Air France are among other airlines which have stopped flying over Sinai. 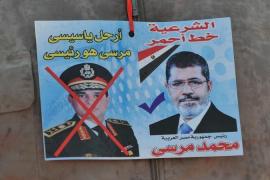 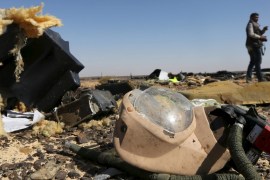