The clear-up operation is now underway in Yemen following the passage of tropical cyclone Chapala.

Chapala was a rare storm, but remarkably, as the last of the showers die out over the Sarawat Mountains, another system is already making its way towards the very same region.

A final warning was issued for Chapala at 21:00 GMT on Tuesday as the winds eased as the system moved over western Yemen. By 09:00 GMT on Thursday, an organised area of thunderstorms gathered into what has now become Tropical Cyclone 05A.

The island of Socotra took a severe battering from Chapala, there was significant wind damage and extensive flooding. According to the mayor of the island’s main district of Hadibo, Salem Zaher, more than 200 people were injured and dozens of houses and hamlets were severely damaged or washed away.

Overall, initial reports suggest that more than 40,000 people remain displaced or temporarily evacuated from coastal areas. At least 450 homes have been damaged or destroyed across the Yemeni mainland.

This next system is forecast to run along the spine of the island during Sunday. It is not as powerful, with winds expected to be around 110 km/h and gusts nearer 140 km/h.

That is equivalent to a strong tropical storm. Category 1 hurricanes have sustained winds between 119-153 km/h.

There is still some uncertainty as to the exact track that this next cyclone will take. However, as with Chapala, the biggest concerns will surround the inevitable flooding.

That flood risk currently concerns an area from central Yemen, across the Gulf of Aden, beyond the Horn of Africa into much of northern Somalia. 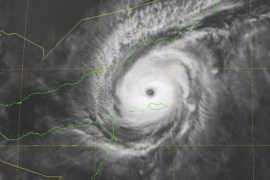 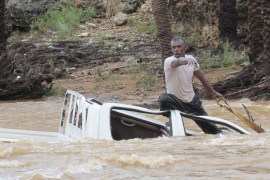 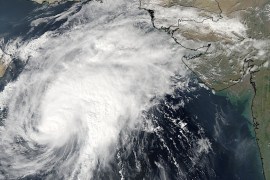