Antiracism groups across Europe have reported a spike in attacks on Muslims and other minorities in recent days.

This trend is particularly strong in Eastern Europe.

In Poland, where a new right-wing government wants to make it harder for refugees to enter, those already there are becoming increasingly fearful. 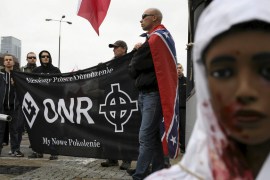 Though the country has agreed to accept just 6,800 refugees from Syria and Eritrea, critics say even that is too many. 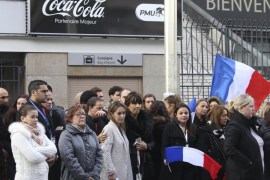 Far-right politicians call for borders to be sealed in wake of Paris assaults amid growing fears for refugees’ plight.