Israel is to open its first ever official and visible presence in Abu Dhabi, the capital of the United Arab Emirates (UAE), even though the two countries have no diplomatic relations.

The mission would represent Israel at the International Renewable Energy Agency (IRENA), which is headquartered in Abu Dhabi.

Emmanuel Nahshon, a spokesman for the Israeli foreign ministry, confirmed the opening to Al Jazeera.

Nahshon denied, however, that the mission meant that Israel and the UAE had now established diplomatic relations.

He stressed that the Israeli diplomatic representative will be accredited to IRENA, not the UAE’s foreign ministry.

“We only have an accredited diplomat to represent Israel at IRENA, which is an international organisation that happened to be based in Abu Dhabi,” adding that, “the representative will be a resident diplomat in Abu Dhabi with IRENA only”.

An official at the UAE foreign ministry said that the opening of the Israeli office did not signal a rapprochement between the two countries.

In a statement quoted by the UAE’s official news agency WAM, Maryam al-Falasi, the director of communications at the ministry, said that “any agreement between IRENA and Israel does not represent any change in the position of the UAE or its relations with Israel”.

“IRENA is an international, independent agency that works according to the laws, regulations and norms that govern the work of such organisations,” she said.

Falasi added that the functions of missions accredited to IRENA are “limited to affairs related to their communications and dealings with the agency.

“They do not, under any circumstances, cover any other activities and do not involve any obligation upon the host country with regards to its diplomatic relations or any other relations.”

The Israeli paper Haaretz reported that Dore Gold, the director of Israel’s foreign ministry, visited Abu Dhabi on Tuesday to participate in the initial IRENA meetings, but also used his presence in Abu Dhabi to finalise the details of Israel’s mission in the country.

Across the Arab world, Israel only maintains embassies in Egypt and Jordan.

The UAE, along with other Arab countries, does not have diplomatic ties with Israel and remains opposed to its occupation of lands Palestinians want for a future state.

Israeli passport holders are barred from entering the UAE, a federation of seven emirates, though the government allows Israeli athletes, businessmen, and others to enter the country from time to time for competitions and events.

Saeb Erekat, a senior member of the Palestine Liberation Organization, told Al Jazeera he was not aware of the reports but that he will confer with the Palestinian leadership next week to discuss the new development.

IRENA, which describes itself on its website as an “intergovernmental organisation that supports countries in their transition to a sustainable energy future”, has seen the participation of Israel in Abu Dhabi before.

In 2010, then-Israeli National Infrastructure Minister Uzi Landau attended an IRENA conference in Abu Dhabi on behalf of his country, becoming the first cabinet-level official to visit the Emirates.

Qatar at one point allowed an Israeli trade office to operate in the country before ordering it closed following a 2008-2009 Israeli military offensive in the Gaza Strip.

An earlier Israeli trade office in Oman has also been shuttered since 2000.

Tensions remain between Israel and the UAE, most notably over the 2010 assassination in a Dubai hotel room of Mahmoud al-Mabhouh, a senior operative in the Palestinian group Hamas. 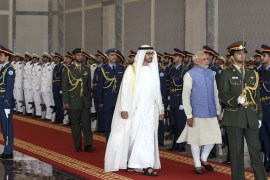 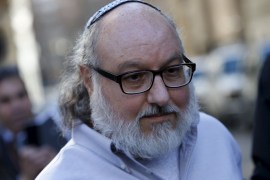 The Pollard case: US-Israel relations in a nutshell

He insists he was acting out of love for Israel and concern for its security.