Indonesia challenged Australia on Friday over its detention and deportation of 16 asylum seekers without informing Jakarta after their boat was intercepted by the Australian navy a week ago.

The boat was seized on November 20 within 200 metres of Christmas Island, Reuters news agency reported.

Australian authorities held the asylum seekers – who hailed from Bangladesh, India and Nepal – for four days before sending them back to Indonesia, the official Antara news agency reported.

“We are concerned when some country like Australia … rather than informing us and working with us, took unilateral action and pushed back the boat,” Hasan Kleib, an Indonesian foreign ministry official, said.

“Talk to us, call our law enforcement on what to do with this, rather than just shifting the burden, shifting the responsibility back to Indonesia,” Kleib said on the sidelines of a migration conference.

The United Nations and rights groups have criticised Australia over its hardline policy of intercepting asylum seekers who come by boat.

Malcolm Turnbull, the Australian Prime Minister, met President Joko Widodo for the first time this month, hoping to mend ties strained by his predecessor, Tony Abbott, who had angered Jakarta with his policy of towing back to Indonesia vessels carrying asylum seekers, among other issues.

The Australian government refused to confirm or comment on the latest incident. 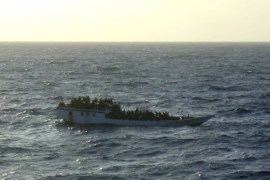 Rights group calls for probe into reports that officials paid smugglers to turn back boats on two occasions. 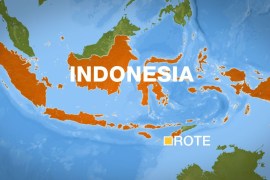 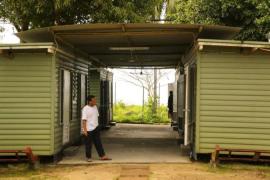 Has the ‘Pacific Solution’ solved anything in Australia?

Over the past decade Australian politicians have used asylum seekers for political gains.