The Sub Laban family has lived in their home in the historic Old City of occupied East Jerusalem for more than six decades.

But, like many Palestinian families in the city, they have been struggling since 2010 against an eviction order that will allow Jewish settlers to take over their home.

Rafat Sub Laban, a 28-year-old human rights activist, says his grandparents first rented the home from the Jordanian government in 1953, and his mother Nora was born there just three years later.

In 1967, Israel occupied the West Bank, including East Jerusalem, and took over all of the property that had been under the control of the Jordanian government.

But for the last five years, the Sub Laban family’s legal proceedings have been shrouded in secrecy.

A group of Israeli settlers who are suing the Sub Laban family claim that the home belonged to a Hekdesh, or Jewish religious endowment, before Israel’s 1948 establishment.

More confusing still, Rafat and his family have never seen the settlers in court: Only their lawyer and their representative come to the hearings. He recently learned that an American company is involved in the takeover of his home.

More than 547,000 Israelis live in Jewish-only settlements across the West Bank – 196,890 of whom are in East Jerusalem, according to the Israeli rights group B’Tselem.

Palestinians in Jerusalem do not hold either Israeli or Palestinian citizenship. Rather, they carry Israeli-issued residency permits that can be revoked.

Since Israel occupied the city 48 years ago, it has revoked the residency of more than 14,000 Palestinian Jerusalemites.

Speaking to Al Jazeera, Rafat explained that his family recently received an injunction while an Israeli district court decides if they can appeal the country’s high court.

Al Jazeera: What is at risk if you and your family are evicted from the home?

Rafat Sub Laban: For me, this is the only home I’ve known. I grew up in the home since I was 12 years old. We used to rent a home elsewhere in Jerusalem while we did renovations, but we moved back in when they were finished.

My mum has the most intimate connection to the house. She was born in the home and my grandmother died in the home.

My mum has memories of growing up in the home with her siblings, who are now living abroad, and her parents, who are both dead now. She has a deep emotional connection to the home. She shouldn’t have to leave.

We feel targeted. But it’s not just the settlers behind this: It’s the whole government, the whole regime. They cut off my family’s national health insurance, as well as the Israeli district court claiming that we haven’t lived in Jerusalem for the last 30 years.

This has been a struggle for my family. It has disrupted our life completely, even on a day-to-day basis.

Rafat Sub Laban: At the end of the day, we all share the same belief that we will not find any justice in Israeli courts.

From my point of view as a human rights activist and someone whose family is involved in this, I only see these courts as legalising occupation and the oppression of Palestinians. That includes home demolitions, land thefts and mass imprisonment, among other measures.

But it is the only option we have. The only other option is to not go to the court and be evicted from our home the next day. Even though I don’t believe the Israeli legal system can give us justice, we have to do it because there is no other option.

It’s very frustrating because it’s just my family trying to fight this battle on the legal side and on the campaigning side.

If a court ruled that we hadn’t been living in Jerusalem – and my whole life I lived in Jerusalem – then the Israeli Ministry of Interior can revoke our residency papers for the city, in theory.

Al Jazeera: Do you know who will live in the home if you are evicted?

Rafat Sub Laban: What we know at the moment is that the people who will live in the home are people with no claim to it and with no memories or ancestral connections to it. Any Jewish settler family will be able to live in it.

We are being evicted just because we are Palestinians and Muslims. Any random Jewish family can come and live in our home.

In Jerusalem, there is a law that allows Jews to claim property that allegedly belonged to Jews before 1948 [Israel’s establishment].

This is a racist ideology. If you are Jewish, you can claim property even if you don’t have a good claim to it. If you are Muslim or Christian Palestinian, you cannot claim property that you can prove belonged to you or your family.

Al Jazeera: What is life like living under Israeli occupation in East Jerusalem?

Rafat Sub Laban: For Palestinians in East Jerusalem, daily life is a fight for existence. You fight on a daily basis for the most basic rights. Such as just living in your house or having a life with your family – that’s something that you have to fight for.

The human rights violations by Israel, the targeting by Israeli settlers – all of this makes it hard. It’s not easy to feel like you’re always under threat.

This makes you feel like a stranger in your own city. You know it’s your city, but your right to live in it is something that you have to fight for every single day.

Evicting families from their homes is only one of many policies. Israel aims to maintain a Jewish demographic majority in East Jerusalem.

All of this is imposed on us by Israel to pressure Palestinians to leave Jerusalem. At one point or another, Israel wants to displace you by force or convince you to give up and leave the city.

Al Jazeera: What will your family do if the Israeli court rules against you?

Rafat Sub Laban: We don’t have another option. If we live with relatives in the West Bank, then we can lose our Jerusalem residency papers. We will not leave this home voluntarily – that’s what they’re hoping for.

I am not leaving. We are not going to give up our home just because a bunch of settlers want us out. We are going to hold our ground. My mother has been fighting to live in her house for years. 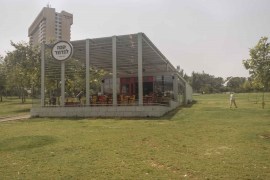 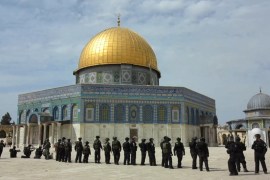 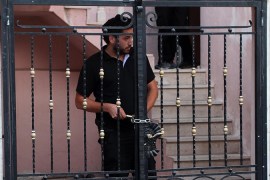