An Israeli plan to build several new Jewish communities in the Negev region of the country’s south will displace thousands of Palestinian citizens of Israel from two Bedouin villages, rights groups have said.

Approved by the Israeli government on Sunday, the plan allows for the construction of five new Jewish planned communities, two of which will be on top of a pair of Bedouin villages.

Bir Hadaj village is home to at least 6,000 people, while an estimated 1,500 live in Katama village, which is classified by the government as an “unrecognised” village.

“This is part of an ongoing policy of pushing Palestinian Bedouins off their land in the Negev,” Sana Ibn Bari, a lawyer for the Association for Civil Rights in Israel (ACRI), told Al Jazeera.

Israeli Minister of Housing Yoav Galant praised the government’s decision and said the government should aim “to turn [the Negev region] into a desired and flourishing area, in accordance with the Zionist vision”.

An estimated 1.7 million Palestinians who carry Israeli citizenship live in cities, towns and villages across the country.

“We will potentially have to deal with the eviction of thousands of people from their homes,” Ibn Bari said.

“If the government wants to establish new Jewish settlements, why are they doing it on top of existing Arab communities?”

In a joint press release, the Israeli rights group Bimkom joined ACRI in condemning the measure as “especially harmful for the Bedouin community”.

Sunday’s decision was made just a month after Israel razed the Negev village of al-Araqib for the 90th time since 2010.

Scattered across the Negev, some 80,000 Palestinian Bedouins live in 40 villages that are not recognised by the Israeli government. They are denied access to state resources such as electricity, water, paved roads, clinics and education.

The Israeli government claims these villages were built without permits, while residents say most of them – including Katama and al-Araqib – predate Israel’s 1948 establishment.

In December 2013, under pressure as protests gripped the country, Israel froze the Prawer Plan, a programme designed to forcibly relocate an estimated 40,000 Bedouins in the Negev.

But ACRI’s Ibn Bari says that village evacuations and home demolitions have continued without pause since that time. “The government is still not willing to find a solution,” she said.

RELATED: Israel razes Palestinian village in the Negev for the 90th time

Israeli policy aims to “promote Jewish settlements and put Jewish citizens in the place of Arabs who have already lived on these lands for more than six decades”, she added.

A diverse community of Christians, Muslims, Druze and Palestinian citizens of Israel suffer from more than 50 discriminatory laws that muzzle their political expression and stifle their access to state resources, according to the Adalah Legal Center for Arab Minority Rights.

The Israeli government has cracked down on Palestinians in Israel, according to Yousef Jabareen, a Knesset member and politician from the Joint List electoral coalition.

“The idea is to delegitimise our political role in Israeli politics [which] serves Netanyahu to go ahead with his discriminatory policy against the Arab community in Israel, such as the demolition of these villages,” Jabareen told Al Jazeera. 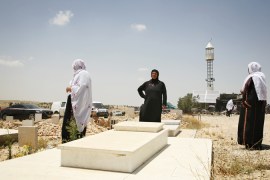 A new wave of demolitions at al-Araqib Bedouin village in the Negev left residents determined to return to their land. 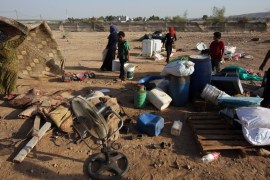 The BDS movement will continue its campaign against the Israeli company as it opens a new factory in Bedouin area.