NATO has called on Turkey and Russia to show restraint as tensions rise in the wake of Turkey’s downing of a Russian fighter jet near the Turkey-Syria border.

The plane was  shot down  for violating Turkish airspace on Tuesday morning, according to Turkish officials.

Here are some leaders’ reactions to the incident.

“Our military is doing heroic work against terrorism, But the loss today is a stab in the back, carried out by the accomplices of terrorists. I can’t describe it in any other way,

“Do they want to make NATO serve ISIS [ISIL]?”

“Everyone must know that it is our international right and national duty to take any measure against whoever violates our air or land borders.

“Turkey will not hesitate to take all steps to protect the country’s security.

He stressed that the “action did not amount to an aggression against any foreign territory”.

Davutoglu also called on the international community to work toward “extinguishing the fire that is burning in Syria.”

A military statement condemned Turkey’s downing of the Russian aircraft as a “gross violation of the Syrian sovereignty.

“The desperate acts of aggression will only increase our determination to continue the war against the terrorist organisations with the support and help of Syria’s friends, mainly Russia.”

UN spokesman Stephane Dujarric said the secretary-general believes Tuesday’s “worrying developments” underscore the importance of international unity and cooperation against violent extremists in the region as well as the urgent need to find a solution to the Syrian conflict.

Dujarric said the UN chief hopes that “a credible and thorough review of the incident will clarify the events and help to prevent future recurrences”.

“As we have repeatedly made clear we stand in solidarity with Turkey and support the territorial integrity of our NATO ally, Turkey”.

He called for “calm and de-escalation, and renewed contacts between Moscow and Ankara.

“The common enemy should be ISIL.

“What you have seen is most of the attacks by Russia, so far, have been targeted to targets in parts of Syria where ISIL is not present.

“This highlights the importance of having and respecting arrangements to avoid such incidents in the future.”

“We must prevent an escalation that would be extremely damaging.

“The only purpose is to fight against terrorism and Daesh [ISIL].

“What took place means that we must find a solution to the Syrian crisis, otherwise there are risks of escalation.

“We will not allow those who want to destroy what we have built. . . . We need a joint response.”

“I do think this points to an ongoing problem with Russian operations [in Syria] … i n the sense that they are operating very close to a Turkish border and they are going after moderate opposition.

“If Russia is directing its energies towards Daesh and ISIL, some of those conflicts or potentials for mistakes or escalation are less likely to occur.

“Turkey, like every country, has the right to defend its territory and its airspace.”

He went on to say it was important for the Russians and Turks to talk to each other and take measures to “discourage escalation”. 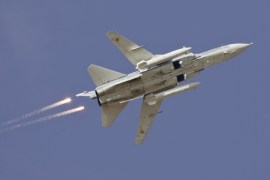 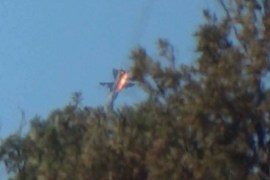