When a man who blew himself up in the attacks on Paris last week was found to be in possession of a fake Syrian passport, it highlighted just how easy it was to come by such a thing.

Obtaining a fake Syrian passport appears not very difficult at all in the Turkish city of Istanbul, for example – a place many Syrian and Iraqi refugees call home.

I did not have to pay a deposit or sign any papers. All I had to do was give the seller my name, the date and place of my birth, and a photo.

Facebook, Twitter and other forums are full of posts and ads offering refugees of any nationality counterfeit Syrian passports, birth certificates, international driving licences – and even college degrees.

“To all the Syrian brothers who are now in Istanbul. To whom it may concern and wants these documents and travel arrangements. Syrian and European passports. Legal and illegal travel, Syrian and international driving license. Ninth grade, high school, bachelors, and Masters Degrees. Family documents and birth certificates. All other needed documents. You can reach us on the whatsapp number *****”

Another ad offering Syrian passports and other documents, including certified graduate degrees and marriage licences, offered to ship those documents anywhere in the world via a well-known courier firm.

Hasan, a Syrian refugee living in Istanbul, knew that trying to get a fake Syrian passport was risky in the aftermath of the Paris attacks, but he told Al Jazeera’s Khalil Mabrouk that it was a risk he was willing to take.

The 24-year-old, who declined to give his second name, said he wanted the passport to travel to Europe for work. He paid $800 for it, got it last May, and said it took the counterfeiter just a few days to produce it.

He said he was convinced to get the false document by a friend who did the same. He did not say what happened to his original Syrian documents or whether he had an original Syrian passport or not.

Hasan left Aleppo in Syria last year and entered Turkey as a refugee, but, because of that refugee status, he said he has not been able to find work or finish a university degree he started at home.

“I did not have to pay a deposit or sign any papers. All I had to do was give the seller my name, the date and place of my birth, and a photo,” he said.

Two months ago, an undercover reporter from the British paper, the Telegraph, said it took just one phone call to a number listed on a Facebook group to arrange passage from Turkey to Greece, with a fake Syrian passport included, for about $3,000.
“The Garages of the Displaced” group has more than 150,000 members and hundreds of people use it share information useful to refugees – including smuggling routes and legal advice.

But for Hasan, the planned journey ended when his friend was arrested at Istanbul’s main airport. Given that and the attention the Paris attacks brought to bear, he decided it was best to burn his fake passport. 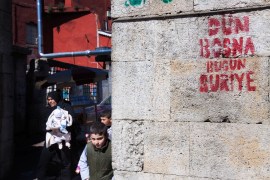 The Syrian odyssey in Istanbul

While Istanbul has long been a hub for migrants, Syrians have found themselves trapped in Turkey. 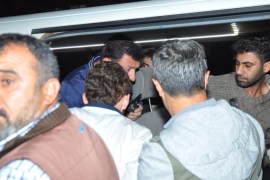