Perth, the largest city and capital of Western Australia, is on course to see one of its hottest Novembers and its hottest spring on record. Since the start of the month, all but eight days have exceeded the November average of 26.5C. Only three days in the last fortnight posted a maximum below 30C.

Residents flocked to the beach this weekend, as the city baked in its hottest weekend since February.

Hot and dry winds swung around from a southerly to a northeasterly on Friday, interrupted only by the afternoon sea breeze. This had the effect of bringing the searingly hot air down from the Kimberley Plateau. As a result, on Saturday, the temperature soared to 35 degrees Celsius, then to 36C on Sunday .

This is hot enough you might think, but on the previous Saturday, the thermometer touched 39.2C, then showed a relatively cooler 33C on Sunday.

Diagonally opposite, on the other side of the continent, Tropical Queensland has been even hotter. Parts of the state have come within two degrees of breaking November heat records, with some places recording temperatures up to 10 degrees above average.

The highest temperatures to be felt on Saturday were in the north-west of Queensland. Bureau of Meteorology senior forecaster Rick Threlfall said, “Urandangi got up to 43 degrees, Monument got up to 42 degrees, but a lot of places over the interior were over 40 degrees.” He continued, “We’re still a couple of degrees short of hitting November records, but certainly well above average by about 10 degrees in some places.”

In fact, every Australian state has flirted with or beaten heat records this month, a phenomenon possibly attributable to the current strong El Nino event. Under such conditions, there is rather less cloud cover, on average, over Australia, so more of the sun’s rays hit the ground. The famous red dirt absorbs the sun’s radiation very readily, and from then on, the breeze spreads the heat all around. 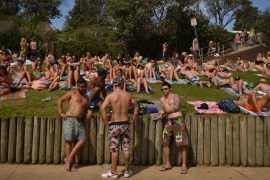 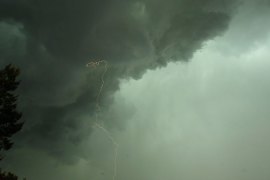 The eastern half of the country suffers power cuts and travel disruption. 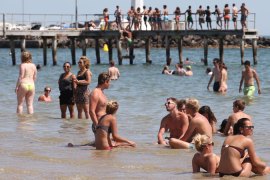 After the country’s hottest year on record, the summer has ended with yet more weather records being broken 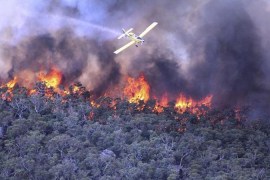