Belgian Prime Minister Charles Michel has confirmed that schools will be closed and a state of emergency will remain in place in Brussels as police continue to hunt for suspects from the Paris attacks.

At a press conference on Sunday evening, Michel said that Brussels’ metro system will also remain closed on Monday because of a “serious and imminent” threat.

“What we fear is an attack similar to the one in Paris, with several individuals who could also possibly launch several attacks at the same time in multiple locations,” Michel told a press conference in Brussels.

Possible targets were malls, shops and public transport, Michel said, adding the government would boost police and army presence in the capital.

Security officials met earlier on Sunday afternoon to decide whether to extend the emergency measures which have been in place since Saturday amid concerns that a “Paris-style” attack is imminent in Brussels.

For the rest of the country, a threat level of three on a four-tier scale would remain in place, Michel added.

Warnings on movement remained in place as authorities continued their efforts to track down one of the men believed to be involved in the attack on the French capital last week that killed 130 people.

Salah Abdesalam, a Belgian national, is suspected to be hiding in the Brussels area and carrying what might be an explosive device.

Michel moved to increase the state of alert in Brussels to the highest level early on Saturday in response to the threat.

Metro services and major events have since been suspended as hundreds of police officers and soldiers fanned out across the city.

Residents have been asked to stay indoors and avoid crowded areas amid the alert, which is in force only in Brussels.

Emergency phone lines have been set up to report suspicious activity, as well as sightings of Abdesalam.

Belgium has been at the forefront of efforts to track down those involved in helping execute the November 13 attacks in Paris, which targeted a concert hall, football stadium, cafes and shopping mall.

On Thursday, the country’s security services launched raids in the Molenbeek and Jette neighbourhoods of Brussels and made further arrests on Saturday.

The attacks were blamed on the Islamic State of Iraq and the Levant (ISIL) group, and several of the attackers are believed to have received training in Syria.

The apparent ringleader, Abdelhamid Abaaoud, was a Belgian national who fought with ISIL and is suspected of helping to inspire or direct previous attacks targeting France.

In a related development, police in Turkey said they had arrested a Belgian of Moroccan origin in connection with the Paris attacks in the resort of Antalya, the site of last week’s G20 summit, along with two other suspects.

Ahmet Dahmani, 26, is accused of helping to scout the Paris attacks and then preparing to illegally cross the Turkish-Syrian border to rejoin ISIL after arriving in Turkey from Amsterdam on his Belgian passport.

Since the start of October, ISIL has launched a number of attacks against targets outside the territory it primarily operates in, including in France, Lebanon, and Turkey.

The group has also claimed credit for bringing down on October 31, a Russian airliner in Egypt’s Sinai Peninsula by smuggling a bomb on board. 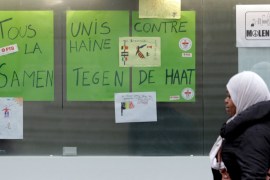 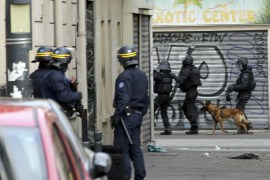