A state of emergency has been declared in Crimea after pylons carrying electricity from Ukraine were blown up, cutting off power to almost two million people, according to local media and the Russian government.

The Russian energy ministry did not say what had caused the outages but Russian media reported that two pylons in the Kherson region of Ukraine north of Crimea had been blown up by Ukrainian nationalists.

According to Ukraine’s state energy company, the damage was caused by either shelling or explosives.

The pylons had already been damaged by the activists on Friday.

The disruption on Saturday meant large parts of the region, which was annexed by Russia last year, went without electricity.

According to the energy ministry, the explosion has left almost two million people without power.

The ministry said emergency supplies had been turned on for critical needs and 13 mobile gas turbine generators were being prepared.

On Saturday, the pylons were the scene of violent clashes between activists from the Right Sector nationalist movement and paramilitary police, Ukrainian media reported. 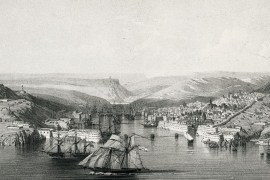 Corruption eats Russia-annexed Crimea from within

Residents of Crimea have struggled with corruption and land-grabs since the Russian takeover of the region. 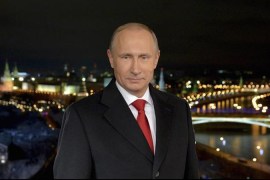 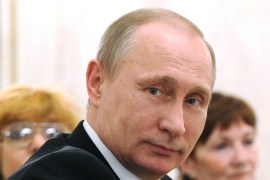 Russia was ‘ready for nuclear alert’ over Crimea

Russian President Putin says he was ready to put the country’s nuclear forces on alert as he sought to annex Crimea.