Streets that would normally be heaving with pre-Christmas shoppers thinned out in a tense Belgian capital on Saturday evening after the government announced the highest possible terror alert for the city.

The metro system and many shops were shuttered, heavily-armed soldiers and police patrolled key intersections, and major events were cancelled to protect against “Paris-style attacks”.

In a move that shocked many, the government urged residents of the capital to stay indoors.

Belgian Prime Minister Charles Michel said authorities feared an attack “with explosives and weapons at several locations” despite the hundreds of soldiers patrolling the city.

The capital was placed on the top level “four” in the government’s threat scale after a meeting of top ministers, police and security services.

The federal prosecutor’s office said that several weapons were discovered during the search of the home of one of three people arrested in connection with last week’s Paris attacks, but said no explosives were found.

At least one person suspected of involvement in those attacks, which left 130 people dead, is still at large, and was last reported to have been seen crossing into Belgium.

A cosmopolitan city of more than one million people, Brussels is home to the headquarters of the European Union, the NATO alliance and the offices of many multinational corporations.

Many residents of the city used social media to share photos of the dramatic shutdown.

This user posted photos that purported to show one of the busiest streets, La Rue Neuve, before and after security was tightened.

A shopping district a few blocks away usually attracts 44,000 people a day but the large Galeria Inno shopping centre was closed. Management at the neighbouring mall City 2, decided to close at noon.

And during the two hours it was open, shops were deserted, with most residents following the recommendations of the authorities to avoid commercial hubs.

The Royal Museums of Fine Arts of Belgium closed for the weekend, and a Saturday evening concert by French rocker Johnny Hallyday was rescheduled for next March.

A rugby match between Belgium and Italy was also cancelled.

Brussels Airport, which is not in the Brussels administrative region, reported normal operations on Saturday, but external communications manager Florence Muls said extra security measures were in place.

The prime minister, speaking at a news conference after the emergency meeting, said: “We urge the public not to give in to panic, to stay calm. We have taken the measures that are necessary.”

He said the government’s crisis cell would meet again on Sunday afternoon to reassess the threat. 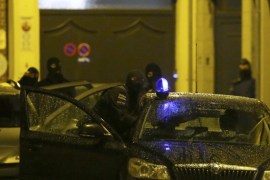 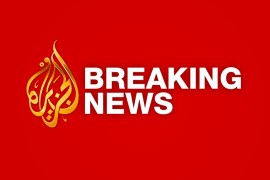 Abdelhamid Abaaoud, a Belgian national, was killed in the police operation in Saint-Denis on Wednesday: prosecutor.