Israeli spy Jonathan Pollard was released on parole from a US prison on Friday after having served 30 years in jail of a life sentence.

Pollard, 60, is a former US navy intelligence officer convicted of turning over classified information to Israel.

Israeli Prime Minister Benjamin Netanyahu was quick to welcome Pollard’s release. “After three long and difficult decades Jonathan is at last reunited with his family,” said Netanyahu, who had long pressed for releasing Pollard.

Pollard’s lawyers have said that they have secured a job and housing for him in the New York area, without elaborating, the Associated Press news agency reported.

RELATED: Who is Jonathan Pollard?

The terms of his parole require him to remain in the US for at least five years, though supporters – including Netanyahu and some members of the US Congress – are seeking permission for him to move to Israel immediately.

Israel admitted in the 1990s that Pollard was its agent and granted him citizenship.

“I don’t think there’s any doubt that the crime merited a life sentence, given the amount of damage that Mr. Pollard did to the United States government,” AP quoted Joseph diGenova, who prosecuted the case as a US government lawyer in Washington, DC, as saying. “I would have been perfectly pleased if he had spent the rest of his life in jail.”

US officials have said Pollard, over a series of months and for a salary, provided intelligence summaries and huge quantities of classified documents on the capabilities and programmes of countries and organisations Israel considers its enemies.

He pleaded guilty in 1986 to conspiracy to commit espionage and was given a life sentence a year later, with the option of parole after 30 years.

The White House has said that it has no intention of altering the conditions of Pollard’s parole.

President Barack Obama’s deputy national security adviser reiterated that stance on Friday, telling reporters traveling with Obama to Malaysia that “this is something that Prime Minister Netanyahu has regularly raised” in discussions with the US.

“Obviously, the one thing at issue is the requirement that he remains in the United States,” Ben Rhodes said. “But again, the president does not have any plans to alter the terms of his parole.”

Last year, the US dangled the prospect of freeing Pollard early as part of a package of incentives to keep Israel at the negotiating table during negotiations with the Palestinian Authority. But the talks fell apart, and Pollard remained in prison. 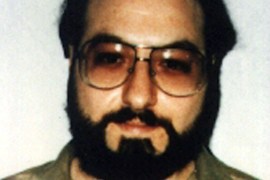 US to release Israeli spy Pollard on parole