Attacks on two army positions in southeast Yemen killed 15 soldiers and 19 assailants and wounded several civilians, according to army and medical sources.

The Islamic State of Iraq and Levant (ISIL) group claimed responsibility for the attacks on Friday, the US-based SITE Intelligence Group said.

An officer said the attacks on Friday targeted army positions near the town of Shibam in Hadramout province, the Agence France-Presse news agency reported.

Though the officer initially said that 12 soldiers and 19 fighters were killed, a medical source later said that the army had lost 15 men, and several civilians were wounded in the attacks.

The main attack was staged at the western entrance to Shibam, called the “Manhattan of the Desert” and listed as a UNESCO world heritage site for its high-rise mud-brick buildings.

RELATED: Yemen: The truth behind al-Qaeda’s takeover of Mukalla

Local officials said fierce clashes broke out after fighters detonated a roadside bomb, targeting an army patrol, while a suicide bomber blew up a car at an army post near a residential area.

“The blast damaged many homes, wounding several civilians,” the medical source said in the nearby town of Seiyun, where the casualties and the bodies of the dead soldiers were transported.

Army units posted in Hadramout are loyal to the government of President Abd-Rabbu Mansour Hadi, in the face of an armed revolt by Houthi rebels.

A Saudi-led coalition launched a war in Yemen against the Houthi rebels last March. 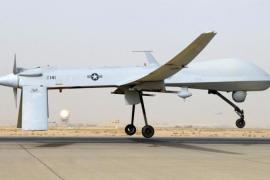 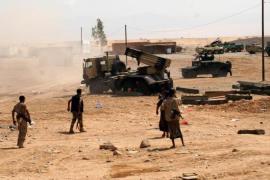 Al-Qaeda-affiliated group says it killed 14 soldiers hours after they were kidnapped from a bus.