An ethnic Russian blogger from Kazakhstan’s east was given five years in jail for publishing an online poll on whether his region should join Russia the way Ukraine’s Crimea did, court officials said on Thursday.

During the trial, prosecutors claimed that Igor Sychev tried to stir separatist sentiment in the eastern Kazakhstan region that borders Russia, and where ethnic Russians are a majority.

Sychev, 26, who administered a message board on a social networking website dedicated to his coal-mining town of Ridder in ex-Soviet territory, pleaded not guilty.

“I was not the one to create the online poll, and after a claim I removed the [link to the] poll,” Sychev wrote in August in his defence to the human rights commission that runs under Kazakh President Nursultan Nazarbayev.

“I had no thoughts or goals to propagate separatism in Kazakhstan.”

However, the Ridder city court sentenced him to five years in jail late on Wednesday, the court’s press service told Al Jazeera.

Another pro-Russian blogger, Yermek Tachibekov, is currently on trial in the southern Jambyl region for allegedly “inciting inter-ethnic hatred”.

Authorities in Kazakhstan, the world’s ninth-largest country with immense hydrocarbon reserves and a population of less than 18 million, are worried about the “Ukrainian scenario” for their industrialised northern regions dominated by ethnic Russians who form almost one-quarter of Kazakhstan’s population.

Their fears were further fueled by Russian President Vladimir Putin’s 2014 remark that “Kazakhs never had any statehood”.

Kazakhs are fiercely proud of their nomadic legacy and trace their statehood to the times of Huns and Mongols. Most of what is now Kazakhstan was absorbed into czarist Russia by mid-19th century, and in Soviet era, several entire ethnic groups, including Chechens and Volga Germans, were deported to Kazakhstan en masse.

Another eccentric Russian nationalist Eduard Limonov was sentenced to four years in jail in 2001 for illegal arms purchases, terrorism, and a plot to start an uprising of ethnic Russians in northern Kazakhstan.

Limonov’s party, the National Bolsheviks, came up with the plan of separating eastern Ukraine from the central government in Kiev in the late 1990s. 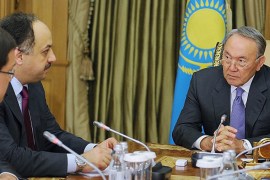 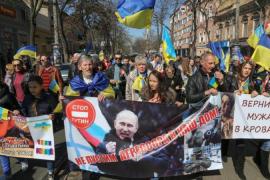 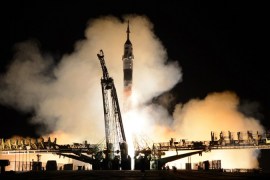