A passenger plane flying to the Egyptian resort of Hurghada has made an emergency landing in Bulgaria after a bomb threat.

The Reuters news agency reported, quoting unnamed officials, that the aircraft with 161 people aboard landed at Bulgaria’s Black Sea coast city of Burgas.

All passengers and crew were evacuated, but no explosives have been found aboard, a spokeswoman for the Burgas airport told Reuters, adding that the airport remained closed.

“The plane landed in Burgas at 05:48am (03:48 GMT) after a request for flight number LLP8015 travelling from Warsaw to Hurghada to make an emergency landing, due to a report of the presence of explosives on board,” the press officer said.

A passenger who alerted crew about a possible bomb admitted on questioning to having consumed alcohol, a police spokeswoman said.

A spokesman for Polish national carrier LOT said the aircraft did not belong to the airline but was a charter, destined for the Egyptian city of Hurghada.

It comes a day after two Paris-bound Air France passenger jets, flying over the United States and Canada, were diverted because of threats.

On October 31, a Russian plane flying from the Egyptian Red Sea resort of Sharm al-Sheikh to St Petersburg blew up in mid-air killing all 224 people onboard.

Investigators say a bomb brought down that plane. 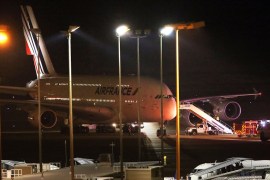 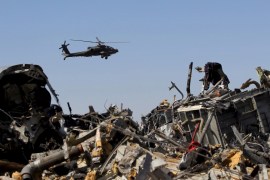 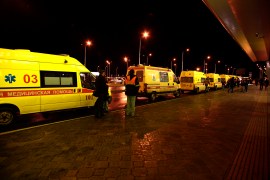 All 50 people on board killed after passenger plane explodes on impact at Kazan airport in Russia.