The United Nations has protested against Thailand’s deportation of two registered refugees to China, saying that they should not have been sent back to a country “where their lives can be put in danger”.

The UN High Commissioner for Refugees agency said on Wednesday that the two individuals were in possession of a UN “protection letter”. They were waiting to go to Canada after being accepted as refugees at the time of their arrest by Thai authorities.

“These people are recognised refugees, meaning they were interviewed and their claim of persecution was found to be legitimate,” Vivian Tan, a UNHCR spokeswoman, told Reuters news agency. “They should not be sent back to a place where their lives can be put in danger.”

The refugee agency did not name those deported or give their nationalities, but an official at an immigration detention centre in the capital Bangkok provided details of their case.

Jiang Yefei and Dong Guangping were arrested on October 28 following a request from China, the official told Reuters.

Hong Lei, a Chinese foreign ministry spokesman, said the issue was being handled “in accordance with the law”, but did not elaborate.

Thailand’s generals have cultivated warmer ties with China since seizing power in a 2014 coup.

The coup was widely condemned by Western nations but the ruling generals claim to have support from China.

Thailand has not signed the 1951 Geneva Convention relating to the status of refugees, nor does it have a specific law on refugees.

“By sending the men back to China where they could face torture, Thailand is repeating its bad record on refugees,” said Sunai Phasuk, a Thailand researcher at Human Rights Watch.

Thailand deported about 100 Uighur Muslims back to China in July, drawing condemnation from the United States and others. 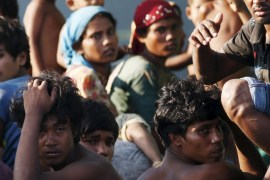 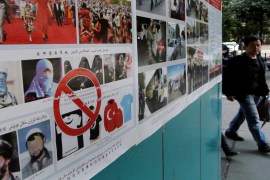 China to neighbours: Send us your Uighurs

Afghanistan is among several countries under pressure to deport Chinese members of the Muslim ethnic group.