French President Francois Hollande has called for a global coalition to eradicate the Islamic State of Iraq and the Levant (ISIL) group following the deadly attacks in Paris.

The appeal comes as French fighter jets continue raids aimed at ISIL targets in its stronghold of Raqqa in Syria.

A spokesperson for France’s military command told Reuters news agency the warplanes struck a command centre and a recruitment centre for fighters in Raqqa on Tuesday.

Speaking to members of the French parliament at the Palace of Versailles on Monday evening, Hollande also said he wanted to extend the state of emergency for three months and would meet US President Barack Obama and Russia’s Vladimir Putin to “unite our forces to achieve a result that has taken too long”.

Beginning his speech with the words “France is at war,” Hollande declared: “We will defeat terrorism.”

ISIL claimed responsibility via statements and videos for Friday’s attacks that killed at least 129 people and wounded hundreds more in the French capital.

The group gave warning in a video on Monday that any country hitting it would suffer the same fate as Paris, promising specifically to target Washington DC.

Politicians from all French political parties responded to Hollande’s words with a standing ovation and by singing the national anthem.

In a show of patriotic defiance, the Eiffel Tower in Paris was reopened and lit up in the colours of the French flag.

Hollande said he had ordered air strikes on ISIL’s headquarters in Raqqa and would continue to wage war “mercilessly”, sending an aircraft carrier to triple French air power in the region.

The strikes were carried out in coordination with the US.

The French military command’s spokesperson said early on Tuesday that 10 warplanes, launched from the UAE and Jordan, conducted the overnight raids, targeting a command centre and a recruitment centre for fighters.

The US and Russia are conducting separate campaigns in Syria, but Russia’s efforts have focused largely on Syrian rebels not aligned with ISIL.

Additional security spending would be needed and France would not let EU budget rules get in the way, Hollande said.

Security forces have so far put more than 100 people under house arrest and raided 168 premises since Hollande declared a state of emergency.

Prosecutors have identified five of the seven dead assailants – four Frenchmen and a foreigner fingerprinted in Greece last month.

His role in the carnage has prompted speculation that ISIL took advantage of a recent wave of refugees fleeing Syria to slip fighters into Europe.

Police believe one attacker is on the run, and suspect at least four people helped organise the carnage.

For his part, Manuel Valls, France’s prime minister, told RTL Radio: “We know that more attacks are being prepared, not just against France but also against other European countries.”

He said “we are going to live with this terrorist threat for a long time”.

Arrests and raids have also taken place in Belgium, where a vehicle involved in the attack was rented out and one of the attackers, Salah Abdeslam, was born.

Separately, German police say they have detained an Algerian man in a refugee reception centre in connection with the attacks in Paris.

The man, detained in the town of Arnsberg in western Germany, is being investigated on suspicion of having told Syrian refugees at the centre in recent days that fear and terror would be spread in Paris.

He is also alleged to have spoken about a bomb. Officials said checks were being made into whether the allegations were credible. 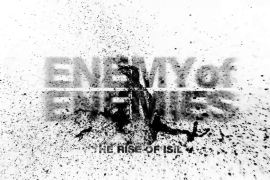 Interactive – Enemy of Enemies: The Rise of ISIL

Al Jazeera explores the origins and evolution of the world’s most feared and powerful armed group. 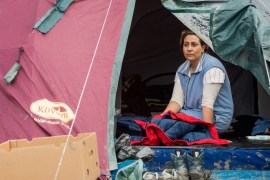 Residents in camp in Calais hold vigil to mourn victims, while some fear government and public response to attacks.