Syrian opposition activists have reacted to calls from world leaders for the country to hold elections within 18 months and implement an immediate ceasefire, saying that – for now – the proposed plans are nothing more than talk.

Foreign ministers and other diplomats met in Vienna for a second round of talks on Syria on Saturday in Austria’s capital Vienna, to discuss how to end the almost five-year conflict in Syria.

The International Syria Support Group – including  the Arab League, the EU, the UN, and 17 countries,  including Iran, Saudi Arabia, Russia, the US, and Turkey – restated their agreement on the need to convene Syrian government and opposition representatives in formal negotiations backed by the UN.

These Vienna talks have been a joke. Russia has been bombing Rebels more than ever now with Assad bombing them in other areas in Damascus

“The group welcomed efforts … to bring together the broadest possible spectrum of the opposition, chosen by Syrians, who will decide their negotiating representatives and define their negotiating positions, so as to enable the political process to begin,” a statement issued in Vienna said.

But Haitham al-Maleh, a lawyer and national figure from the Syrian National Coalition, told Al Jazeera on Sunday that the results of the Syria talks are nothing more than ideas and opinions being passed around – not a final outcome.

“Syrians will not accept [President] Bashar al-Assad for one more day. He needs to be removed from power and brought to justice along with his regime as soon as possible,” Maleh said.

“Assad is not part of the solution, he must be put in jail while the Syrian people decide on the fate of their homeland.

“Assad and his regime destroyed over 75 percent of the country, killed hundreds of thousands and displaced millions of people – they still want us to have elections?”

Maleh was detained by the Syrian government several times for opposing the regime and expressing, through his writing, the urgency of a dramatic political change in Syria when Assad took power after the death of his father, Hafez al-Assad.

“I met international diplomats and attended so many conference as a member of the opposition,” he said.

“I warned over and over again back in 2011 – before ISIL even existed in Syria – that the solution is political change. No one listened. And now it is too late.”

Meanwhile, Baraa, an activist in Damascus, told Al Jazeera that any solution which puts an end to the killings, is something he supports.

“We have one condition, this government is not part of the solution. It should no longer exist. We want any solution that would put an instant end to the killings of civilians,” Baraa said.

A Syrian diplomat, speaking on condition of anonymity, told Al Jazeera that the solution proposed in Vienna will take a lot of time to materialise.

“There are huge efforts left. We do not have a proper so-called opposition,” the diplomat said.

“There are so many armed groups independent from one another. It is a premature phase. We cannot judge from now [what will happen].”

RELATED: Safe havens are needed in Syria – more than ever

Anas, a Syrian journalist in Idlib province, said the Vienna talks were a joke.

“I think this conference took place on another planet. What is happening in Syria will continue to take place and nothing will change at this pace,” Anas said.

A day after the talks in Vienna, three people, including two children, were killed in suspected Russian air strikes in Idlib province on Sunday.

At least 15 others were injured in the attack.

On Saturday, at least 127 people were killed in air strikes and rocket attacks across the country, the UK-based Syrian Observatory for Human Rights reported. 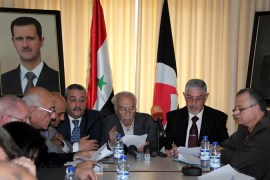 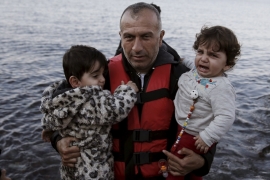 As world leaders meet in Vienna to discuss the crisis, some Syrian refugees say conferences have achieved little.