At least 55 people have been killed after days of torrential rain in the southeastern Indian state of Tamil Nadu.

The relentless rain has caused widespread flooding. Many of those who died were either killed by electrocution or crushed when walls collapsed on them.

The capital of the state, Chennai, is one of the places which has been badly affected.

Over the last seven days, 492 mm of rain has fallen on the city. This is well above the average of 353 mm that is expected in the entire month of November.

The deluge brought the city to a standstill. Many of the roads were impassable and schools were closed on Friday.

Train tracks were submerged in places, bringing trains to a halt, and a number of flights were disrupted. Determined pedestrians had to wade through knee-deep water as they navigated the streets.

Unlike many parts of India, Chennai receives most of its rain in the winter months. The wet weather is brought by the northeast monsoon, with the wettest months being from October to December.

Over the past few weeks, an active area of low pressure has persisted to the east of India. This has threatened to become a tropical cyclone on a number of occasions, but so far has failed to do so.

Although the system has not become a cyclone, it has still intensified the rain over southeastern India and Sri Lanka, bringing prolonged and heavy downpours.

The system is showing no signs of easing over the next few days, so more torrential rain is inevitable. 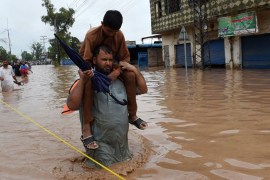 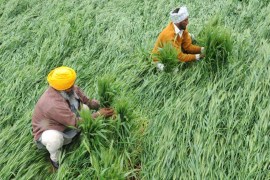 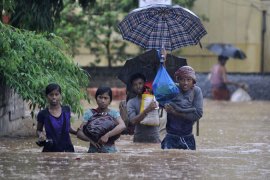