The bodies of eight babies have been found at an apartment in a small Bavarian town, police have said. This is the latest such discovery to have shocked the German public in recent times.

Police said on Friday that the find was made on Thursday afternoon in the town of Wallenfels, halfway between Munich and Berlin.

A local woman alerted emergency services after finding the body of one baby in the house. Officers then discovered six more bodies in a room at the apartment. An eighth body was discovered on Friday.

Police said that, as of yet, they have been unable to question the previous tenant of the apartment, a 45-year-old woman. A police spokesperson declined to state if the woman was a suspect.

“She is being primarily sought as potentially the mother of the children,” the spokesperson was quoted as saying by the DPA news agency.

The bodies were in a state of advanced decay. An autopsy was due to begin on Friday, but police said the results might not be available until next week.

In October, the body of a baby was found at a bus stop in Sulfeld, north of Hamburg, while last April, another baby’s body was discovered in a supermarket refuse container in northern Bavaria.

In September 2014, police found the bodies of two newborns in a locker at the Hamburg Central Station.

That incident came a month after babies’ bodies were found hidden in freezers in the homes of a 32-year-old woman in the state of North Rhine-Westphalia. 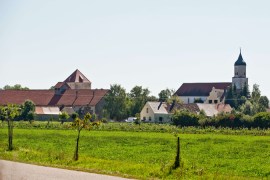 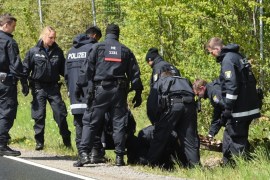 Two people arrested and a pipe bomb, assault rifle and chemicals seized during raid near Frankfurt.